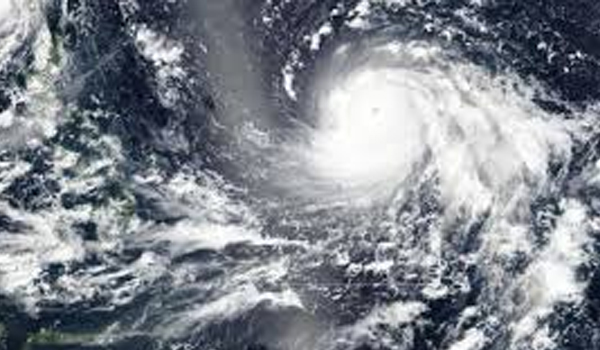 Bhubaneswar, Nov 05 (UNI) The well marked low pressure area formed over north Andaman Sea lay centered about 950 KM South-Southeast of Paradip this morning and likely to intensify into a cyclonic storm in next 24 hours.

Odisha Special Relief Commissioner P K Jena said so far no clear information about the cyclone is available from the analysis of data by the IMD. The SRC said even if the low pressure area converted into a cyclonic storm in next 24 hours it is very likely move towards West Bengal and Bangladesh coast and may skip Odisha.

He appealed to the people of the state to remain calm and not resort to panic buying of groceries and items of daily needs as it would not help anyone except the unscrupulous traders.

Jena said as per the analysis of the IMD the coastal Odisha may receive low to medium rainfall for a couple of days under its impact and the isolated rainfall may occur at one or two places in interior Odisha from November 9 next.

He said the collectors of 15 districts were alerted to meet any situation that may arise in the event of possible heavy rainfall. The alert came in the wake of the prediction by the IMD about the movement of a developing cyclonic storm towards the north Odisha coast.  Jena said that widespread rainfall is most likely to occur in south and coastal Odisha from November 9 next.

The sea condition would be rough and the fishermen are advised not to venture into deep sea. The IMD in its report said the Low Pressure area is likely to intensify into a deep depression during next 12 hours and into a cyclonic storm during the subsequent 24 hours.

Squally winds with speed of 40-50 Km per hour gusting to 60 km per hours is very likely to prevail over north west Bay of Bengal which will increase to 120-130 KMPH gusting to 145 KMPH by November 8 evening.