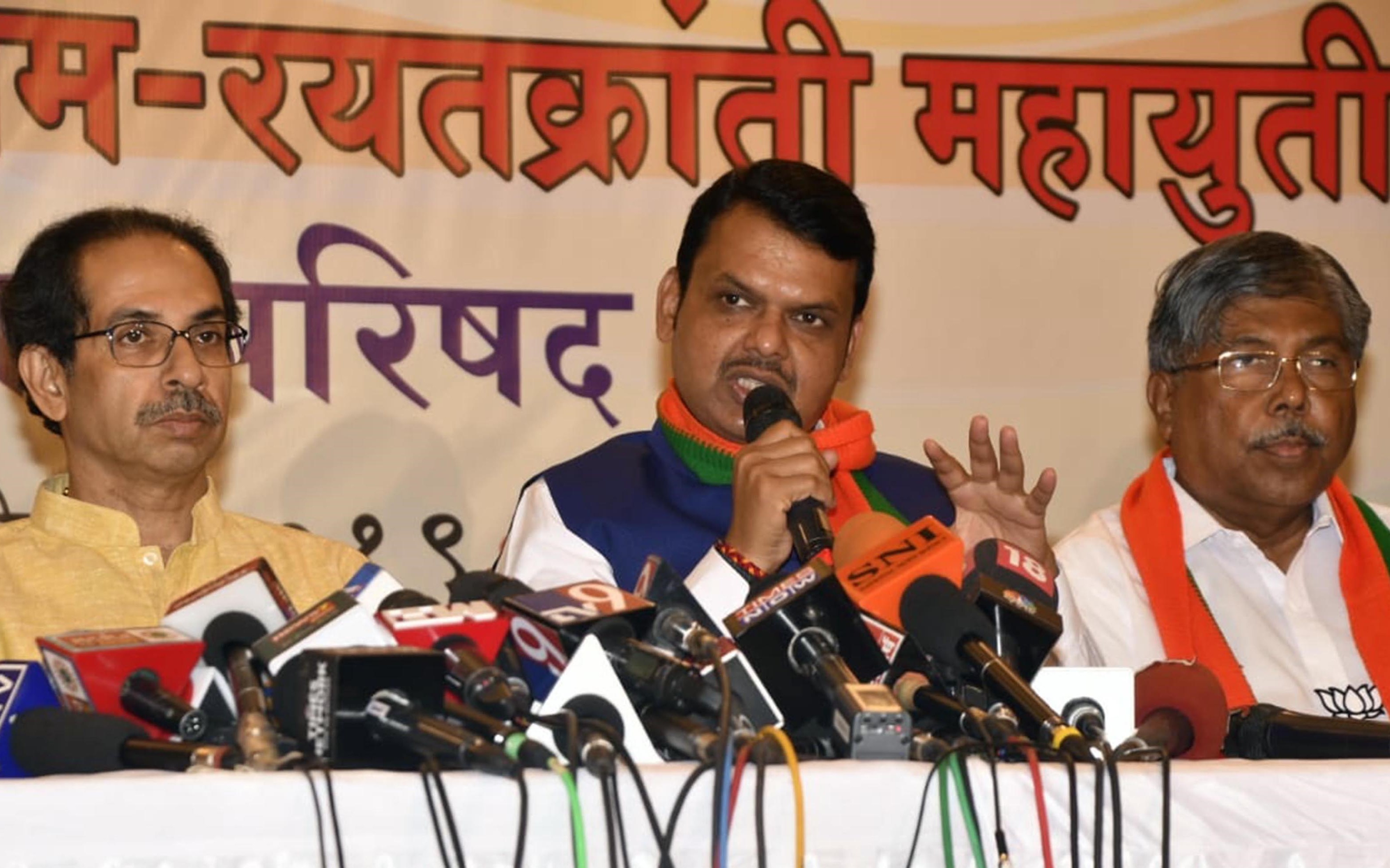 The heat and dust of Maharashtra’s one of the keenly contested elections is around. Even at the best of times, electoral politics is hardly linked to a script of maturity and reasoning. The poll scene in the western state has all the ingredients – former police officers trying their luck, a minor but vital ‘gangster’ connection and rewards for party hoppers. Former Cops and gangsters contesting is inherent part of Maharashtra and Mumbai politics and such scenario have been witnessed in Lok Sabha polls also.

This time, encounter specialist Pradeep Sharma – who has led cops such as Daya Nayak – is contesting as Shiv Sena candidate from Nalasopara on the outskirts of Mumbai. As predicted, mudslinging has started and local party Bahujan Vikas Aghadi, which won Nalasopara seat in 2014, says Sharma is a “law-breaker in uniform”. In fact, much to the embarrassment of Sena and Sharma himself a snap showing him with a Dawood aide Shyamkishore Garikapatti went viral recently.

Curiously, Deepak Nikalje, brother of gangster Chhota Rajan, was supposed to fight as BJP ally RPI (Athawale) candidate from the Phaltan seat in the Satara district. But his name was dropped after formal announcement and now the RPI (A) ticket has been given to Digambar Agawane. Even in the past, cops and gangsters have fought Mumbai polls.

Arun Gawli, whose gang was once involved in a power struggle with Dawood Ibrahim’s D-Company, had founded the Akhil Bharatiya Sena and he won the Mumbai Chinchpokli assembly constituency in 2004. Former Mumbai police commissioner Satypal Singh quit the force in 2014 and emerged giant killer defeating Ajit Singh in Baghpat. Singh also became Union Minister in previous Narendra Modi-led government and is now a sitting MP again.

In fact, in 2014, Late Charan Singh’s son Ajit Singh, a prominent Jat leader and RLD president, got a shocker as he had never lost an election from Baghpat from where he has been contesting since 1999. T K Choudhary, who retired as DGP (CID) in 2004, had also contested Lok Sabha polls on Samajwadi Party ticket from the Mumbai south-central Lok Sabha constituency but had lost.

Among others especially for defection, foremost of all, Gopichand Padalkar’s name is in the air. “He is like a tiger” – quipped Chief Minister Devendra Fadnavis and as expected, he has been fielded from Sharad Pawar’s pocket borough Baramati. Padalkar is a turncoat from Prakash Ambedkar’s party Vanchit Bahujan Aghadi (VBA) but NCP nominee and Sharad Pawar’s ‘powerful’ nephew Ajit Pawar will now sweat it out in Baramati against him.

Moreover, the Dhangar community backing will help Padalkar.  “BJP is doing many things and doing right,” he justified his move to join the saffron party. The BJP has rewarded a number of defectors and these include two prominent Congress leaders Harshvardhan Patil and Radhakrishna Vikhe Patil – who have been given ticket from Indapur and Shirdi respectively.

The art of jumping the ship is certainly not unknown to the Congress and hence here too former BJP legislator Ashish Deshmukh has been named as its candidate from the Nagpur South West seat against Chief Minister Fadnavis. Mr Deshmukh was elected from the Katol Assembly seat on BJP ticket in 2014, he quit the saffron party in October 2018.

Nevertheless, his father Ranjit Deshmukh was a prominent Congress leader and a former Maharashtra Pradesh Congress chief. On the eve of polls, Nitesh Rane, a former Congress MLA and son of former Maharashtra CM Narayan Rane, also deserted Congress to be rewarded with the BJP ticket for his Kankavli seat. He had won the seat in the 2014 polls as a Congress candidate.

Known for courting controversy, for records it must be known that it was Nitesh Rane who had attacked a road engineer “with mud” on a highway near Mumbai to register protest over the poor condition of the road. The Congress has now fielded Sushil Amrutrao Rane from Kankavli. Meanwhile, former Lok Sabha MP and NCP leader Sanjay Dina Patil on Friday joined the Shiv Sena.

Rebellion has surfaced in almost all parties in Aurangabad and Nashik districts too. Shiv Sena corporator Renukadas alias Raju Vaidya filed his nomination against BJP candidate Atul Save in Aurangabad East seat. In Phulambri, BJP candidate and Speaker in the outgoing Assembly Haribhau Bagade will face a rebel Shiv Sena Zilla Parishad leader. Notably, Aurangabad Central was won by Asaduddin Owaisi-led AIMIM in the 2014 polls.

In Vijapur seat, Sena’s Ramesh Bornare will have to deal with rebellion from Dinesh Pardeshi, who lately switched sides from Congress to the BJP but was upset as the seat has gone to Sena. In Gangapur yet again, a former Sena leader and now with NCP, Santosh Mane is pitted against Sena nominee Prashant Bam, a sitting MLA. Sitting BJP MLA from Nashik East seat, Balasaheb Sanap, who was denied a ticket, has joined the NCP.

The BJP has fielded Rahul Dhikle who was with Raj Thackeray’s Maharashtra Navnirman Sena. Another BJP leader Apoorva Hiray also defected to NCP and filed his nominations for Nashik West seat. The constituency will also see two other Sena rebels Vilas Shinde and Sudhakar Badgujar. Last date for withdrawing nominations is October 7. Maharashtra goes to the polls on October 21,