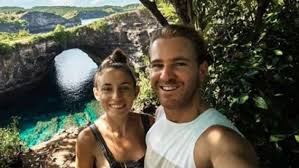 Jolie King and Mark Firkin, an Australian blogger couple detained in Iran, have been released from jail, Australian Foreign Minister Marise Payne said on Saturday.
The two Australian nationals were detained last summer reportedly for flying a drone without a license. The couple had traveled the world since 2017 documenting their travels and posting them on social networks.
“The Government has worked very hard through diplomatic channels during that time to secure their release as well as to ensure they were treated appropriately while they were detained. We have done that discreetly … For Jolie and for Mark, the ordeal that they have been through is now over. They are being united with their loved ones with is a source of great relief and joy for everyone,” Payne said as quoted by ABC News.
Payne added Firkin and King were in “good health and in good spirits.”
The foreign minister noted that cases of every Austrian national detained in foreign countries required a specific response.
In September, Canberra said that three Australian nationals had been detained in Iran. Media suggested that they were King and Firkin, as well as a Cambridge-educated female academic. The latter and King reportedly possess dual British-Australian citizenship.
The information on the detentions was subsequently confirmed by Tehran that sad that charges against them included espionage.
Detention of citizens of Western countries is not uncommon in Iran, including on spy charges.