Death toll in Kyoto anime studio arson attack up to 36 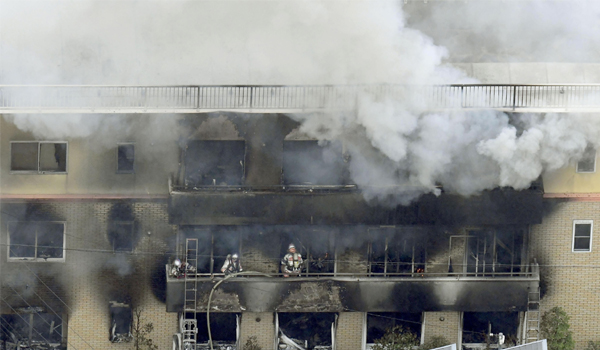 The number of people killed in the tragic arson attack on Kyoto Animation studio, that happened in the Japanese city in Kyoto in July, has grown to 36 people as a woman injured in the attack succumbed to her wounds in the hospital, the Kyodo news agency reported on Saturday, citing police.

The authorities suspect Shinji Aoba, 41, of having perpetrated the attack on July 18. Aoba is believed to have entered the building, poured gasoline on the floor and ignited it. He was subsequently detained by police with major burns, however, the fire spread throughout the building, leaving dozens of people injured and killed.

During his detention, Aoba is believed to have said that the studio had stolen a novella from him.  The suspect is currently in hospital but police reportedly cannot arrest him at the moment since it is up to the doctors to decide if his condition would allow him to live confinement.