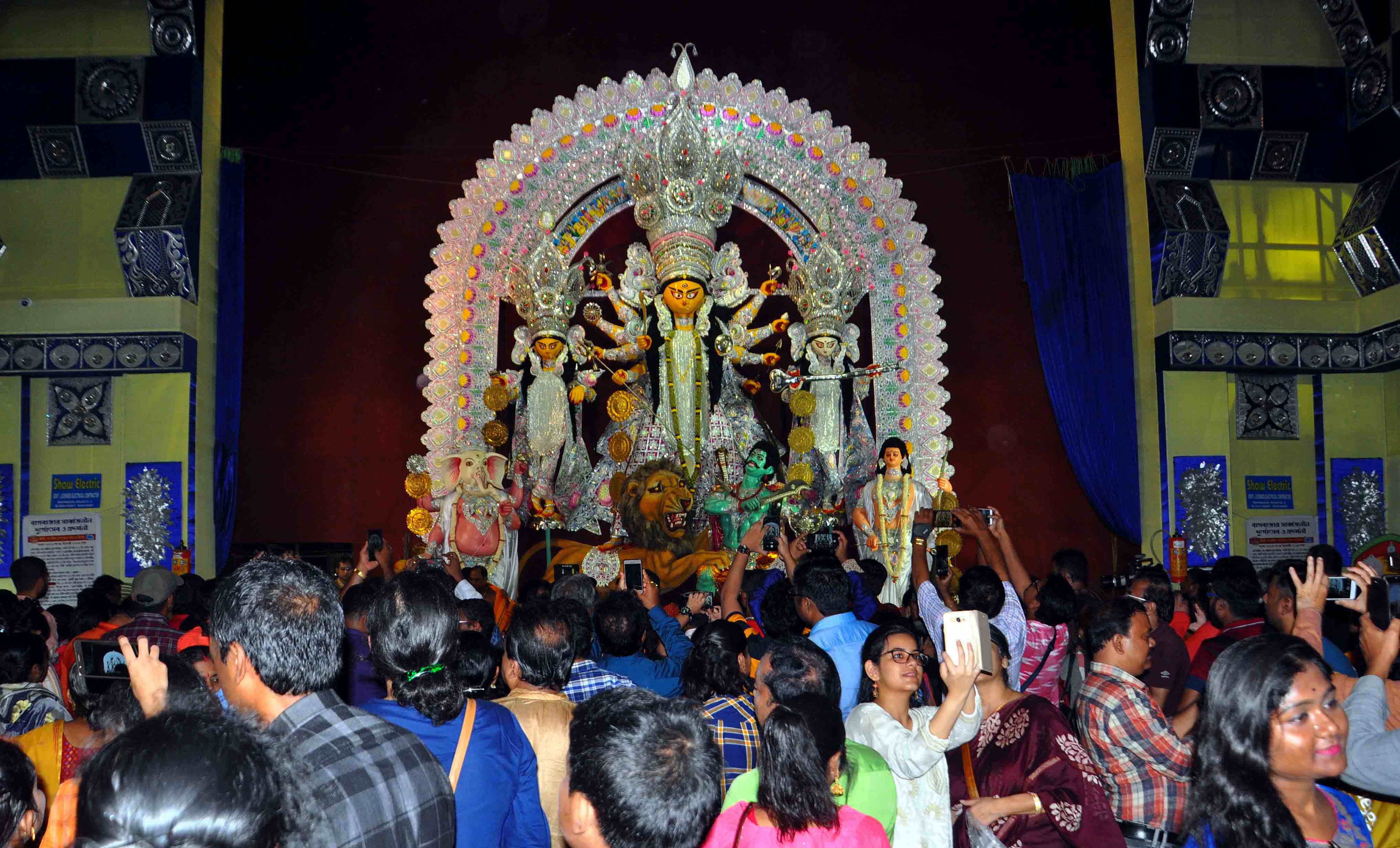 Kolkata, Oct 7 (UNI)  Keeping up the spirit of the festival people took part in community feasts at many pandals. The religious rituals of ‘Mahanavami’ or ninth lunar day began after the end of Sandhi Puja held at the confluence of Mahaashtami (eighth lunar day) and Mahanavami.

Mahanavami was celebrated with great religious fervour and gaiety across West Bengal with thousands thronging the opulently decorated puja pandals on Monday.Chief  Minister Mamata Banerjee also wished the people on the occasion.  “Greetings to all on Mahanavami,” she wrote on her twitter handle.

As the day progressed and evening descended, the roads of the city were choked by the huge turnout of people keen to celebrate the last day of the festival.As many as 25,000 police personnel and home guards were deployed to control the crowds across Kolkata.

In many places, Kumari Puja, a custom of worshipping little girls as a form of Goddess Durga, was performed.However, the day begins with a lot of expectations, like the rest of the days. The joy is still in the air. Dhunuchi Dance which is performed in the evening is the highlight of Navami.

After the euphoria of Saptami and Aastami, Navami brings about a certain sadness, the end of the great carnival being at hand.