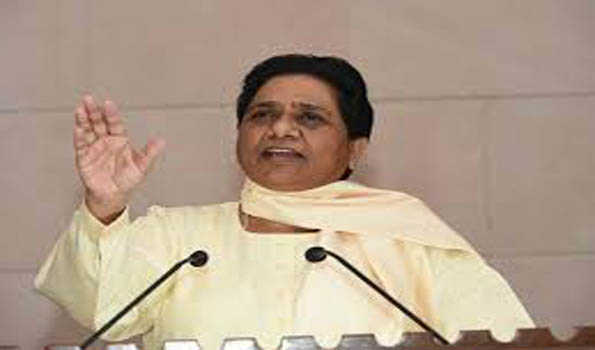 BSP chief Mayawati hinted at following in footsteps of Dr Babasaheb Ambedkar, she has made up mind to free herself from Hinduism and convert to Buddhism .
She made the remarks while addressing a rally here on Monday in poll-bound Maharashtra.
Ms Mayawati brought up the topic while referring to Babasaheb’s statement that though he was born in Hinduism that was not his choice, but he would not die a Hindu that is in his hand.
And later Babasaheb, along with his followers, embraced Buddhism in Nagpur in 1956.
The BSP chief said her supporters too must be thinking when she will embrace Buddhism, she said, ”Time is yet not ripe for conversion and added she will convert to Buddhism at an appropriate time. Yes, definitely I am going to convert to Buddhism,” she declared at the rally.
”However time and date for it is yet to arrive and along with me lakh of people would convert to Buddhism and that too national level”, she thundered at the rally.
The BSP supremo further said the work of religious conversion will be possible when the followers of Babasaheb will follow his footsteps in the field of politics.   (UNI)