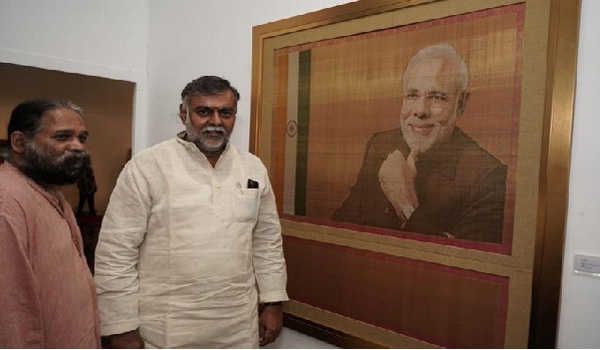 Union Minister of Tourism and Culture Prahlad Singh Patel on Saturday said that more than 2,700 mementos and various gifts presented to Prime Minister Narendra Modi will be E-auctioned this time for the cause of conserving the river Ganges under the Namami Gange initiative. He said that this will be the second round of the E auction of prestigious and memorable gifts presented to PM for which the exhibition will be held beginning on Saturday to October 3 on the web portal www.pmmementos.gov.in.

While inaugurating the second phase of exhibition cum E-auction of Gifts presented to PM here, Mr Patel said that PM Modi is the first ever Prime Minister of the country, who has decided to auction all the gifts he receives for a noble cause of conserving the lifeline of the country- the river Ganges through Namami Gange. He said that the value of these mementos cannot be measured in monetary terms but the emotional and sentimental values attached to the gifts are high and immeasurable. The minister said that around 500 mementos at present are on display under the title “SMRITI CHINH” for public at the National Gallery of Modern Art (NGMA) from 1100 hrs to 2000 hrs.

These mementos will be changed every week, and they include paintings, memento, sculptures, shawls, pagri (turban), jackets.
The price of the mementos begin from Rs 200 and the highest is Rs 2.5 Lakhs, he added. During the first phase of the auction at National Gallery of Modern Art, New Delhi under the aegis of Ministry of Culture, it was conducted as a physical auction of around 1800 Mementos received by Prime Minister. It was held on January 27 and 28 at National Gallery of Modern Art, New Delhi, while the remaining items were sold through e-auction. The proceeds raised out of the auction were used for the project ”NAMAMI GANGE”.

The highlight of the physical auction organised was a specially handcrafted wooden bike, that received a successful bid of Rs 5 lakhs. A similar bid was also received for a unique painting, which depicts Prime Minister Modi on a railway platform, interpretation of PM Modi’s special bond with the railways. (UNI)