Moquim’s pitch, Congress in Odisha back to its elements, another ‘Bhagao brigade’ on toes 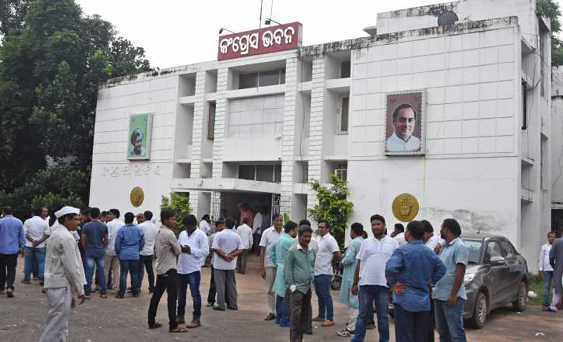 The same old story, that is replete with the same jitters that keeps eroding the base of the party here for more than a decade. Ambitions, intolerance and avoidable insinuations get together to fritter this unit into tatters.

What is more disgusting is the churlish monotony of it that takes place like a seasonal event. Neither they learn from the past, nor they love to live the present but, a quarrelsome group behaves like a professional dissenters with no goal for a future.

Here, in this party, every individual remains fed on a dose of ambition to size down the other. It was during the first tenure of Niranjan Patnaik as the PCC  head, things were getting somehow back on the track for a while, when the ‘Bhagao brigade’ got down to its old radical activism and sent him packing.

In fact, the scene is somewhat similar for last two decades, mainly after the era of J B Patnaik who had somehow saved the unit from being so direly rudderless. After that it was morphed to a kind of bear garden where the incumbents get mentally heckled and the ‘brigade’ then reaches Delhi ‘durbar’ for a dressing down or an alternative.

After a lackluster innings under Prasad Harichandan, Niranjan was again catapulted back but, somehow, Patnaik could not recreate the old charisma and the party not only suffered a debacle in 2019 polls but it appears to have reached a state from where a comeback can only be possible if people of Odisha look back at the Congress.

Even, blighted by a chronic internecine divisive trend, the party sometimes manifest tendencies that are suicidal.

Nothing can be more ominous for the state unit when the situation at the national level is seriously fraught by a defeatist impulses, an invisible undercurrent can be felt here . A new brigade reportedly led by a legislator called Mohammed Moquim rallies support in his favour to replace Patnaik whose resignation is still in an abeyance.