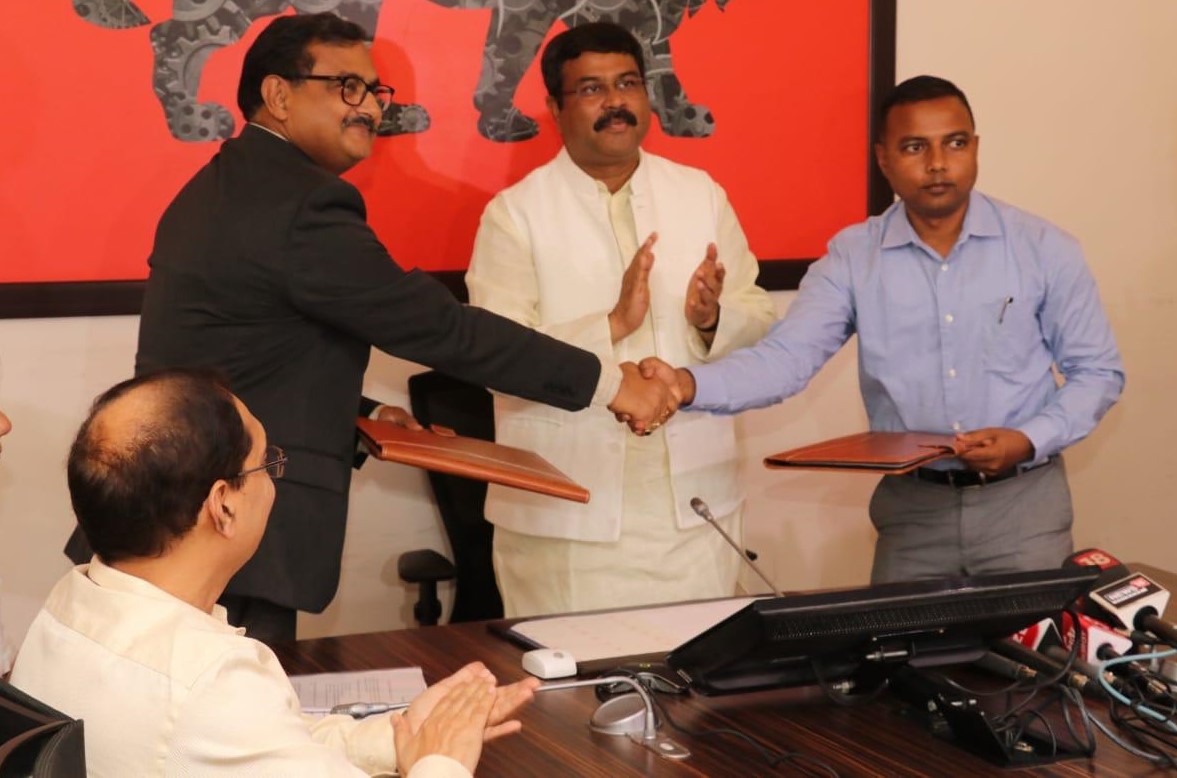 Union Minister of Petroleum & Natural Gas and Minister of Steel Dharmendra Pradhan thanked Odisha Chief Minister Naveen Patnaik for coming foward for entering into a joint venture which will also help tourism sector in a big way. CM Patnaik, who was present on the occasion through video-conferencing, said, ”it’s a historic decision to develop Bhubaneshwar into a smart city.” ”I am delighted that concrete steps have been initiated in this regard,” he added.

Railway Minister Piyush Goyal, in a statement issued for the occasion, said the focus of Railways ”is to improve the infrastructure to make it at par with world class level.”The Minister said he is happy that the Government of Odisha has come forward to collaborate with the Ministry of Railways to develop Bhubaneswar as a Multi-modal hub.

Coming to cost sharing, Railway will bear the cost of Rs 70 crore  (approx), including construction of two additional lines with one  platform, full covershed, extension of FOB and all modern passenger  amenities, while Odisha will be bearing the cost of Rs 60 crore (approx)  for construction of new Station Building having G+2. This project is being taken up by Odisha government through the Bhubaneswar Development Authority (BDA).

The Multi-modal Hub will comprise of New Terminal Building for Railway station, City Bus Terminal, Public Car Park and other allied Public Utilities, a mixed use development over the land belonging to Bhubaneswar Development Authority and General Administration Department and a concourse connecting both sides of the station, across all platforms.

The new station building and the two new railway lines with platforms will be developed in an integrated manner over the land belonging to Railways and Odisha. The proposed building will have G + 5 floors of which G+2 floors will be earmarked for the use by Railways. The area earmarked for Railways will be 1.74 lakh sqft.