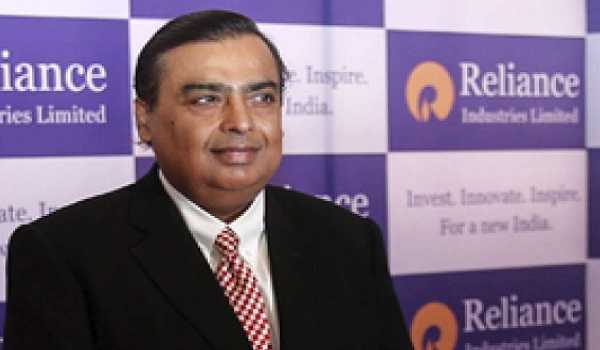 London-based SP Hinduja & family, worth INR 186,500 crores, retains the second rank in the list. With a wealth of INR 1,17,100 crore, Azim Premji, the founder of Wipro, rises to the third spot. LN Mittal, Chairman & CEO of ArcelorMittal, is the 4th richest with a wealth of INR 1,07,300 crore. Gautam Adani stormed into the top 5 with a total wealth of INR 94,500 crore, according to Hurun Report India and IIFL Wealth Management Ltd. which today released the 8th edition of IIFL Wealth Hurun India Rich List 2019. In all 953 individuals, who crossed the threshold of INR 1000 crore across 41 industries feature in The IIFL Wealth Hurun India Rich List 2019.

Interestingly, while the number of Indians in the 2019 edition of IIFL Wealth Hurun India Rich List has grown from 831 in 2018 to 953, the number of USD billionaires have reduced from 141 to 138. The combined wealth of top 25 in the list equates to 10% of India’s GDP and that of 953 accounts for 27% of the same. Interestingly, while the cumulative wealth for this year shows an increase of two per cent compared to last year; the average wealth shows a decline of 11 per cent. Altogether 344 individuals or more than a third of this year’s list witnessed wealth reduction and another 112 could not meet the threshold of INR 1000 crore.

Speaking at the launch of the report, Anas Rahman Junaid, MD & Chief Researcher, Hurun Report India, said, “With all the conversation around economic slowdown and overheating of economy – the IIFL Wealth Hurun India Rich List of 2019 celebrates the growing tribe of Indian wealth creators – both in India and abroad. Sample this, while the number of USD billionaires have merely grown by 2 as compared to 2016; the number individuals with INR 1,000 crore have increased by a third in the past two years – from 617 to 953.

This indicates that wealth is getting generated across the “bottom end” of the top of the pyramid. Globally, the wealth creators drive the growth and therefore play a vital role in shaping the economy. With Indian Government setting its sight on USD 5 trillion GDP mark – we are confident that the size of the India Rich List will easily triple in the next 5 years.”

Commenting on the launch, Yatin Shah, Co-founder & Executive Director, IIFL Wealth Management Ltd., said, “Around 53% of the names featured in the IIFL Wealth Hurun India Rich List 2019 are those who have inherited wealth. This could only happen with a strong focus on not only wealth creation but also wealth preservation. With the India story gaining momentum, supported by a young and an aspirational demography – the potential of wealth management in the country has merely scratched the surface. Given the list as an indicator, the Indian wealth management industry is poised for an exponential growth as India gears up to emerge as a $5 trillion economy”.

With 246 individuals or 26% of the list, Mumbai is the absolute capital when it comes to the residence of India’s top entrepreneurs, followed by New Delhi (175) and Bengaluru (77). The aforementioned cities contribute only 35% of the new additions, compared to 59% of the same last year. There are 82 NRIs on the IIFL Wealth Hurun India Rich List 2019; of which 76% are self-made. With 31 individuals, USA is the most preferred country for NRIs, followed by the UAE and the UK.

With a net worth of INR 7,500 crore, Ritesh Agarwal (25) of Oyo Rooms is the youngest self-made entrepreneur and the wealthiest under 40 years (age) is Divyank Turakhia (37) of Media.net; Across 16 self-made, under 40 individuals, the average age and wealth is 35 years and INR 4,200 crore respectively.