My association and rendezvous with Odissi and Guru Kelucharan Mohapatra 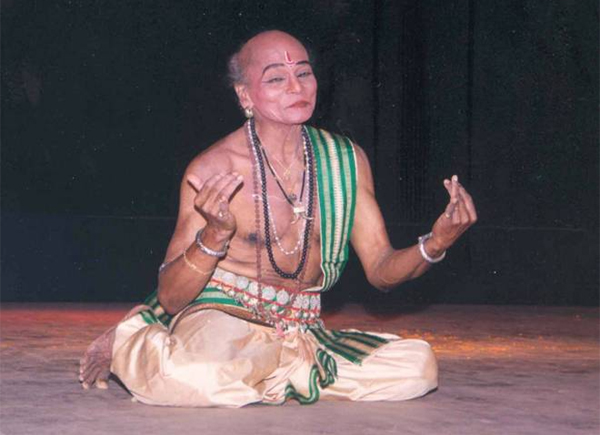 Having been associated with Odissi dance from late fifties, I got to know Guru Kelucharan Mohapatra through Babulal Doshi, the founder of Kala Vikash Kendra where in the beginning for several years Guru Kelucharan Mohapatra trained several dancers in Odissi. I met Babulal Doshi during All India Dance Seminar held in Delhi by Sangeet Natak Akademi from 31st March till 7th April 1958 at Vigyan Bhavan. From Odisha Kavichandra Kalicharan Patnaik had come to present a paper on Odissi. Guru Deba Prasad Das had come to demonstrate salient features of Odissi. Jayanti Ghosh had come to perform some items of Odissi. That was my first introduction to Odissi. Babulal Doshi invited me to visit Cuttack and conduct research in Odissi. Very little was known about Odissi at that time. Indrani Rehman had started studying Odissi from Deba Prasad Das and had presented it aboard during her tours.

During dance seminar attention of all present was drawn to the technique of Odissi dance with demonstration of Deba Prasad Das and the paper by Kalicharan Patnaik with a historical view, references to Sanskrit texts, evidence of large sculptures and living tradition of Mahari and Gotipua dancers that supported the Odissi as a classical dance form. However, the committee that was appointed to determine it as a classical form had considered  it as a regional variation of Bharatanatyam.

Babulal Doshi knowing my interest in dance and being a Vaishnav, invited me to visit Jagannathpuri and stay with him at Cuttack to see at Kala Vikash Kendra , the institution he had built and where Odissi was taught. This further encouraged me to do research on Odissi and from 1964; I regularly visited Cuttack, stayed with Babulal Doshi and undertook intensive research to bring out a book on Odissi. During the early sixties Marg art quarterly brought out special issue son various dance forms edited by Mohan Khokar and Dr Mulk Raj Anand. A special issue was brought out on Odissi also. That helped me along with the paper presented at the seminar to further investigate various sources for Odissi dance in larger historical and as a classical dance form.
In due course Odissi received recognition as a classical dance on par with Bharatanatyam, Kathak, Manipuri and Kathakali. Babulal Doshi invited well- known photographer Dhiraj Chavda of The Illustrated Weekly of India and we documented Chandan Jatra with a Gotipua boy dancing on the Chapa, boat before proxy idols Mmdana Mohana) of Lord Jagannath, when Guru Pankaj Charan Das played Mardala. We also interviewed and photographed the Maharis, took extensive photos of sculptures of various temples including Nata Mandapa at Konarka.Guru Kelucharan Mohapatra often accompanied us and explained the various poses which approximated to dance. He  belonged to a class of painters specializing in  pata chitra and had a fine sensibility about painting. As a child he had studied dance and also Mardala. That history is well known. How Pankaj Charan Das asked him and Lakshmipriya, who were working at Annapurna Theatre B, and for the first time created few items including, Dashavatara which Guruji performed. Lakshmipriya and Kelubabu married and used to perform duets including   popular folk dance Kelu Keluni. 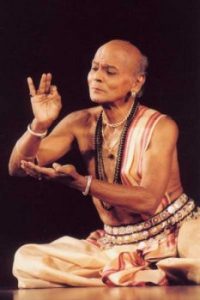 Watching Guru composing various items with Bhubaneswar Mishra, the exceptionally brilliant violinist and musician, the pallavis, ashtapadis of Gita Govind, songs of Banamali I was mesmerized. I had studied Bharatanatyam and Kathak. But watching Guruji’s creativity I was spell bound. My apprenticeship under Guruji and his abundant love and affection helped me finally write the Odissi book for Marg, as an individual author with photographs by Avinash Pasricha. But for Guruji, I could not have written that book which we had got released in Jagannathpuri temple with Guruji offering puja.

My long association with Guruji also brought me in touch with Ratikant who was popularly known as Shibu. He was trained both in Odissi and playing upon mardala. He also appeared in dance-dramas choreographed by Guruji. Having known him from his childhood, always accompanying Guruji, we knew each other well and he also knew my devotion for Guruji. 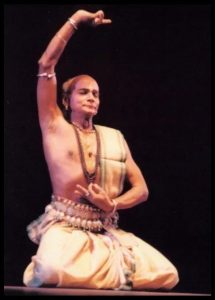 Over the years during my stay in Kolkata where Guruji used to visit and conduct workshops, give performances, and presenting leading dancers Sanjukta Panigrahi, Kum Kum Mohanty and others and during my conducting in Mumbai Kal- ke- Kalakar festival where invariably for ten years from 1970 till 1980, Guruji appeared and gave most memorable demonstrations and performances.  Our relationship was cemented for life.

Guruji passed away in 2004 when I was in Montreal. The news spread shock waves world over. Guruji’s contribution to making Odissi known world over is priceless. Guruji established Srjan- Guru Kelucharan Mohapatra Odissi Nrityabasa.  The momentous beginning took place on 3rd September 1993.  And after two years on 3rd September1995 the Award Festival was launched on the Foundation Day of Srjan, a unique institution encompassing the many aspects of creativity that a dance institute would   be involved with.

(Dr. Sunil Kothari is the senior most dance critic of India. A pioneering art historian, scholar, critic and awarded with Padmashri.)