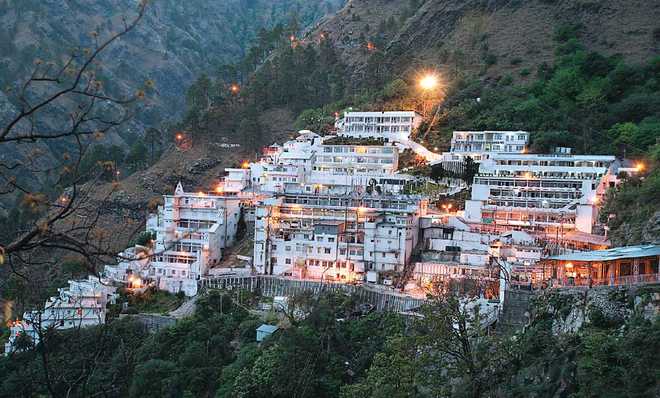 Jammu, Oct 7 (UNI) More than 3.6 lakh of pilgrims during nine-day long Navratras have paid obeisance at Shri Mata Vaishno Devi Cave Shrine situated in Trikuta Hills of Katra town–the base camp–in Reasi district of Jammu and Kashmir. As per official figures, this is for the first time, record number of around 3.65 lakh pilgrims visited to the cave shrine during the navratras.

Official sources said earlier in 2012, the highest number of pilgrims visited to Katra during Navratras was 1.56 lakhs. “During nine day long Navratras, every year at an average 3 to 3.5 lakh pilgrims visit Katra but this year the figure exceeded,” they added. Meanwhile “golden gate” at natural cave is the highlight of this year’s Navratras at an entrance of the Bhawan which has been revamped by the Shri Mata Vaishno Devi Shrine Board.

However, during the ongoing navratras festival, the Katra town has turned hub of activities like devotional song competitions, Hasya Vayangya, Mata ki Kahani, Mata Ki Chowki, Kavi Sammelan, Shobha Yatra like programmes are being organised on daily basis. The festival will conclude on Tuesday.