Prisoners @Rs.2.65cr at taxpayers’ expense at Centaur Hotel are to be shifted elsewhere in Kashmir 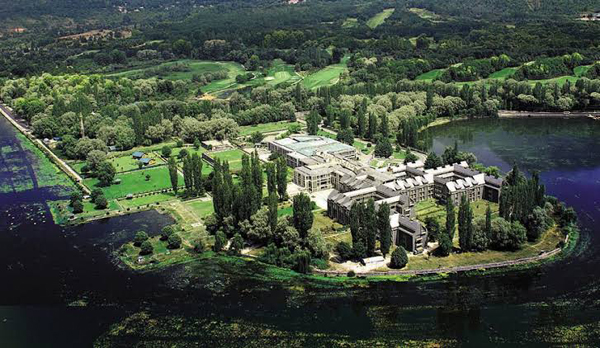 Srinagar, Nov 5 (UNI) Three months after scores of political leaders, including former ministers and MLA, were placed under detention in a hotel to ‘maintain law and order’, the authorities are mulling to shift them to a different location after attracting criticism over the Rs 2.65 crore bill incurred to keep the ‘prisoners’ in the establishment.

Official sources told UNI that the authorities are looking for alternate locations to shift the detained political leaders from the hotel, on the bank of world famous Dal Lake. “There is no proper heating arrangement in the hotel and it will be difficult to keep the leader in the establishment during winter when the weather goes several degrees below zero,” they said. They said the authorities are also unable to hold programmes at S K International Convention Centre (SKICC) — adjacent to the hotel — which has been converted into a Sub-jail.

Besides this, they said the bills charged by the hotel are also a cause of concern. “The hotel has submitted a bill of Rs 2.65 crore to the Home Department to house these detainees for three months,” they said.

However, they said that the hotel will be paid as per the government rates. ”The government was being charged somewhere around Rs 6,000 to Rs 8,000 per detainee, but only Rs 800 will be sanctioned,” they said. They said two leaders are being kept in one room while they are served vegetarian food, with only one piece of chicken once a week.

Sources said the authorities were planning to shift the leaders to MLA hostel, but it is already occupied by some sarpanches and Councillor. ”The authorities are in talks with different hotels, particularly in cantonment area in Srinagar,” they added.

Sources said that authorities are planning to shift the trio to Jammu during the winter.