Rapes will go on, as long as we live in doublethink and backhanded excuses 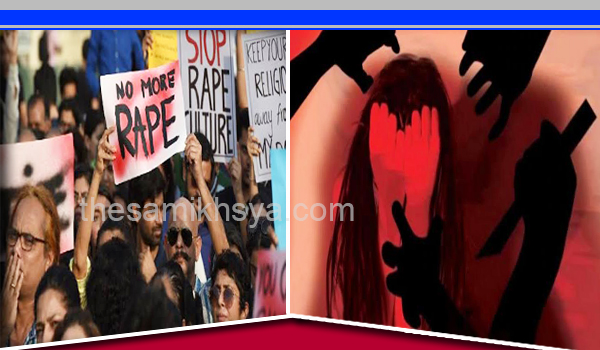 Angst, fear and outrage are natural outcomes of incidents as bestial as rapes and murders in the society. And it goes side by side with the crimes those refuse to stop. Exemplary punishment for the perpetrators is the only template making round through debates everywhere. What is that !

Apologists who raise heckles against ideas like death, beating to death or stoning the accused, always come out with the usual refrain that, the above ideas are too brutal or pre-medieval to be adopted in a civilised society.

Voices raised by few members in the parliament demanding similar punishments to be meted out to the culprits, have been mocked at as very emotive and savage and , perhaps, uncivil.

Strong laws are there in the books. But, there is a problem in the enforcement of such laws, a drastic fall in the willingness to implement the laws effectively, political interference and it goes on and on.

In essence what is played out is, that we are staggering under a daily load of double-think and doublespeak pouring in from several sides. There is hardly any clarity over the issue as what should be done.

Laws are meant for delivery of justice but what is actually happening is that, they have become impediments on the way to delivery.

Let’s do away with archaic laws

Dating back to a century or more, the laws still prevail and even if new rules have been introduced after Nirbhaya incident, but the accused are still nowhere where they should have been . And one of the accused has been allowed to roam free under a juvenile act. Whereas, he was the one who had done the worst with Nirbhaya.

Shouts on the streets demanding justice has forced the protesters to accept the contradiction that has become the essence of law that remains entangled in double-speaks.

What is a civilised mind-set

When a man rapes a two or three year old baby and kills her, what can be thought as a punishment for that beast, is that more essential or let such crimes remain hidden behind backhanded excuses.

A lot of stories have been heard about the pendency of court cases, manpower shortage, procedures and so on, but none of the wings of law is ready to script the pain and trauma of those parents undergo, who lose their kids or daughters.

The common refrain is, ‘kadi se kadi saja hona chahiye’ (there should be stringent punishment) but they tweak their nose when asked if the accused be let to the people to punish.

And that confusion guides even judgements of the day. A judge is a human only and not a terrestrial creature to be free from influence of opinions.

In the name of human rights, orthodoxy seems enforced by social pressure and all tend to forget the shame that remain concealed in crime records of the governments.

Such trends produce conformity to crimes in a way because we try to speak everything in the name of peoples’ sentiment.

That stifles a common consensus every time. It is time, some such tenets of civility are revisited and replaced by sterner ones, even if let the culprit  to the people to punish.

Or the number pendency in court cases can, any day, be out-numbered by the incidents of rapes and murders.