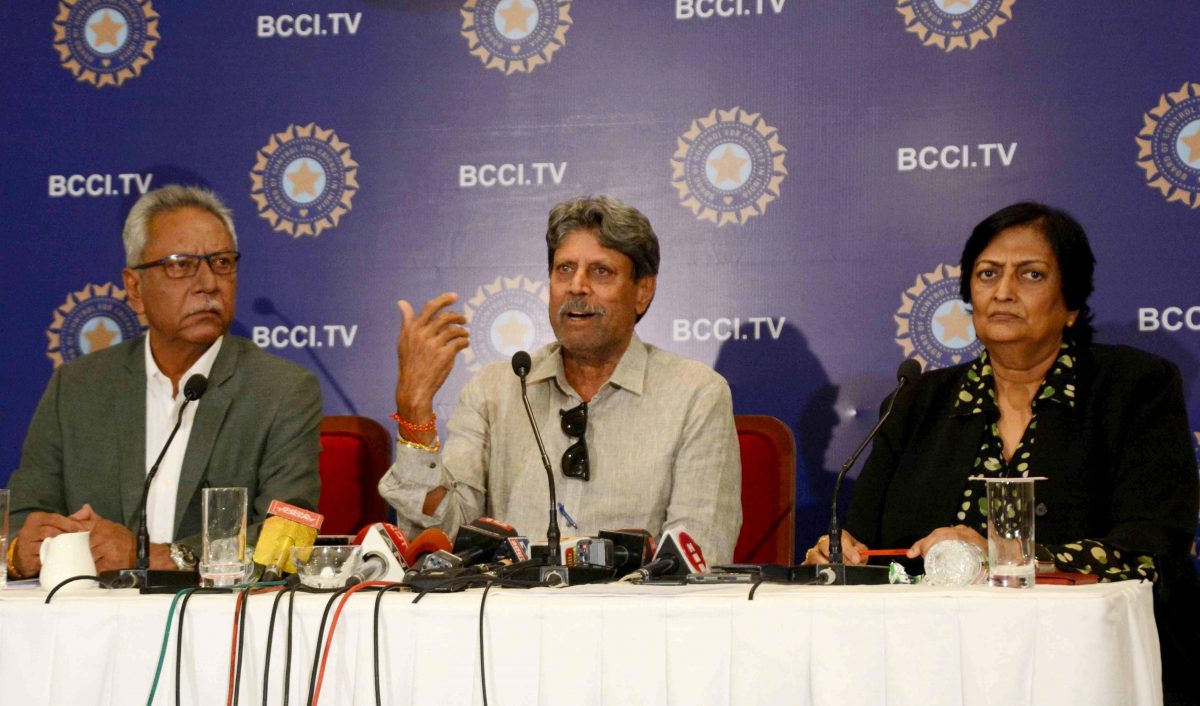 Mumbai, Aug 16 (UNI) The Cricket Advisory Committee (CAC), led by all-rounder Kapil Dev,  on Friday pinned it’s hopes on Ravi Shastri again, extending his tenure till the T20 World Cup in 2021.Addressing a press conference, after conducting interviews for the coveted post at the BCCI headquarters here, Kapil said, “Number three was Tom Moody, number two was Mike Hesson. Number one is Ravi Shastri as all of you were expecting… (But) It was a very close race.

”Ravi Shastri, in his presentation, revealed what he did in the last two years, what help he needs in making the team better and how he will improve in the subsequent period”, he added.Apart from Shastri, former New Zealand  coach Mike Hesson, former Sunrisers Hyderabad coach Tom Moody, Robin  Singh and Lalchand Rajput were in the fray.

The three-member panel, comprising Kapil, Anshuman Gaikwad and Shantha Rangaswamy, rated Shastri at No 1, Hesson at No 2 and Moody at No 3.Former Afghanistan coach Phil Simmons, who was among the six shortlisted candidates, pulled out at the 11th hour, citing personal reasons.This will be Shastri’s fourth stint with the national team, having served briefly as the Cricket Manager (2007 tour of Bangladesh), Team Director (2014-2016) and head coach (2017-2019).

Team India Captain Virat Kohli had openly backed Shastri’s candidature at the pre-departure media conference before the West Indies tour and it was expected that the former Indian skipper would certainly retain the position.However, when asked whether the CAC took the opinion of Kohli in the coach selection process, Kapil clearly said that they did not consult Virat, before beginning the process.

”The opinion of the captain wasn’t taken. Otherwise, we would have had to take the opinions of the entire Indian team. We didn’t consult Virat Kohli, else we would have asked the entire team. We did not ask anyone,” Kapil told the reporters.Shastri’s contract expired after India’s World Cup campaign, but the BCCI handed him and his support staff, 45-day extension.

During Shastri’s tenure, India became the number one ranked team in the ICC Test rankings and performed exceptionally well in the 2019 World Cup, losing just two games out of the nine matches, including the semi-final.India have won 13 out of 21 Tests, 43 out of 60 ODIs and 25 T20 Internationals out of 36, on his watch. India’s first Test series victory in Australia, too came under Shastri’s term as head coach of the team.

Shastri has played 80 Test matches and scored 3830 runs. He scored 11 centuries in red-ball cricket and also picked up 151 Test wickets, during his playing days.In ODI, Shastri played 150 matches, scored 3108 runs and managed to get four centuries. He also took 129 wickets in ODI.