Sonia takes safe route of CWC on tie-up with Sena 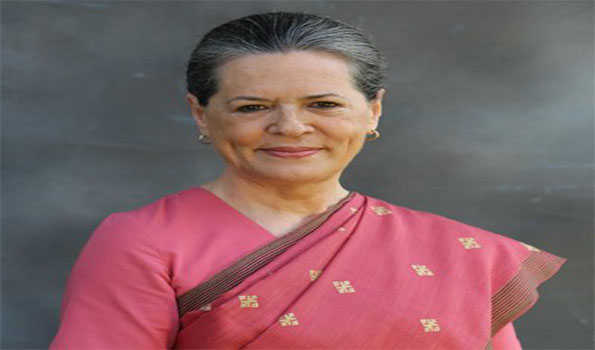 New Delhi, Nov 21 (IANS) Congress interim President Sonia Gandhi has taken a safe route to arrive on key political decision on forming government in Maharashtra. Sonia called a meeting of congress highest decision making body (CWC) where she was apprised of the political equation evolved during the consultation process. CWC gave in-principal nod to the alliance in the state where Congress is facing a tough issue of ideology.

As tie-up with Sena is contrary to the Congress ideology, many leaders of the party have red flagged an alliance with the hindutva force.

Sonia took a go ahead from the CWC to avoid any blame that may be directed to her in future, as party is apprehensive of Sena tantrums, said a leader.

This is not the first time Sonia has taken confidence of the CWC before sending the three emissaries to Mumbai. Sonia had called a meeting of CWC on November 11, when Maharashtra state leaders were called to decide on alliance.

The party’s highest body also discussed the electoral bond issue and decided to take the matter to Parliament. General Secretary K C Venugopal said that electoral bond is a bribery which is benefiting the ruling party.

On the issue of NRC, the Congress had decided to send a fact finding team under the chairmanship of Jairam Ramesh, a former Union Minister.

The party after being decimated in 2019, and Rahul Gandhi quitting after the poll debacle, has made Sonia Gandhi cautious and all decision are taken collectively and party leaders are informed and taken into confidence.

Earlier, the party has been off guard on key decisions during the UPA regime. The core committee then had superseded the CWC and all key decisions were taken by that committee. The committee regularly met on each Friday barring few occasions and made policy and political decision for the party and the government.

Rahul Gandhi at the helm of the party tried to revive the congress working committee and in many years the meeting was convened at AICC and not at 10 Janpath, which is the residence of Sonia Gandhi.