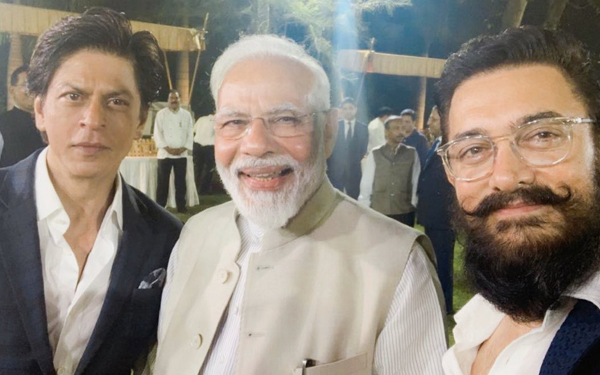 Highlighting the impact of Mahatma Gandhi in the present day, the PM said that if there is one thought, one person, who could establish a connect with people all over the world, it is Gandhiji. Recalling the Einstein challenge proposed by him, Mr Modi urged the film fraternity to use the marvel of technology to bring Gandhian thought to the forefront.


The PM recalled his interaction with Chinese President in Mamallapuram, wherein the President had highlighted the popularity of Indian films like Dangal in China. He also mentioned about the popularity of Ramayana in South East Asia. He further exhorted the film fraternity to utilise their soft power potential to promote tourism in India. The PM outlined that India is going to celebrate the 75th anniversary its independence in 2022. In this regard, he requested the gathering to showcase the inspiring stories of India’s freedom struggle from 1857 to 1947 and India’s growth story from 1947 to 2022. He also underlined the plan to host an Annual International Entertainment Summit in India.

Actor Aamir Khan thanked the Prime Minister for igniting the idea of contributing towards the cause of propagation of Mahatma Gandhi’s message to the world. Noted film director Rajkumar Hirani pointed out that the video released was one of many initiatives taken with the theme of ”Change Within”. He thanked the Prime Minister for his constant inspiration, guidance and support.

Shahrukh Khan, while thanking Mr Modi for creating a platform for the film fraternity to come together and work towards a cause, said that such initiatives would re-introduce the teachings of Mahatma Gandhi to the new generations. Acclaimed film maker, Anand L Rai thanked the PM for making the entertainment industry realise its potential towards nation building.

Mr Modi assured the film fraternity of all the support from his government for the overall development of the entertainment industry. The videos, centering on the theme of 150th birth anniversary of Mahatma Gandhi were conceptualised and created by Rajkumar Hirani, ETV group, Tarak Mehta group and Ministry of Culture, Government of India. (UNI)