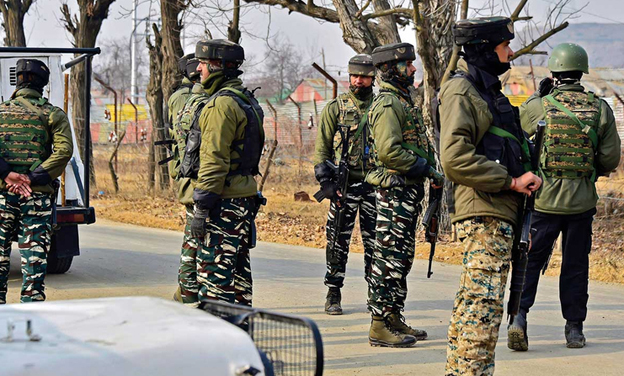 Two soldiers, a civilian were killed and two, including a woman, were injured when Pakistan troops violated the ceasefire and resorted to unprovoked shelling and firing in north Kashmir districts of Kupwara and Baramulla, official sources said on Sunday.

They said Pakistan Army fired mortar shells and resorted to indiscriminate firing with automatic weapons from across the border in Teetwal sector in Kupwara targetting forward post and civilian areas at the Line of Control(LOC) late last night. Indian troops retaliated and the exchange of fire continued till 0300 hrs. According to them, two soldiers were martyred and three civilians were injured in the firing. (UNI)