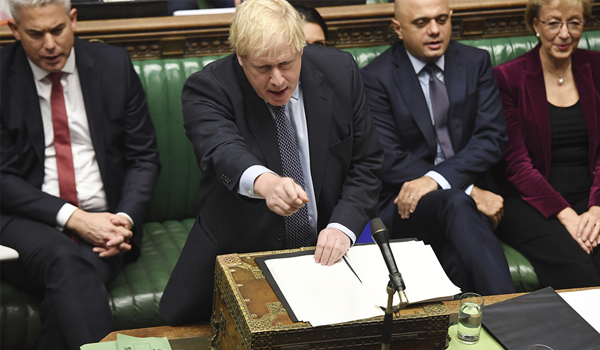 UK Prime Minister Boris Johnson requested the European Union to postpone Brexit until the end of the day on January 31, 2020 in a letter sent to the European Council President Donald Tusk.
“I am writing therefore to inform the European Council that the United Kingdom is seeking a further extension to the period provided under Article 50(3) of the Treaty on European Union … .
‘
The United Kingdom proposes that this period should end at 2300 hrs GMT on 31 January 2020. If the parties are able to ratify before this date, the Government proposes that the period should be terminated early. Yours sincerely, Prime Minister of the United Kingdom of Great Britain and Northern Ireland,” the letter read.