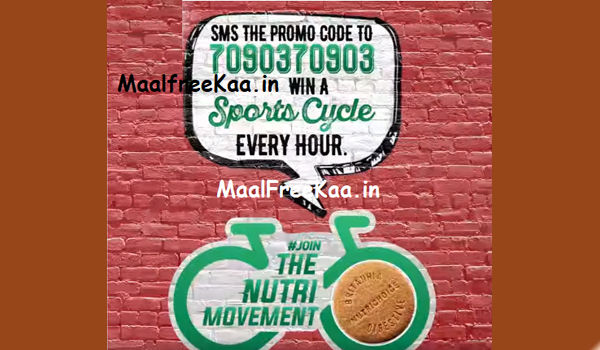 In India, the rise of sedentary lifestyle and physical inactivity are leading to several health implications.

Noticing this trend, Britannia NutriChoice actively encouraged consumers to make good choices not just in snacking habits but for their overall fitness and activity. The fundamentals of health start with nutrition and movement.

Addressing the same in today’s contemporary world, Britannia launched #TheNutriMovement to encourage consumers to adopt a healthy and active lifestyle. The campaign aimed to actively encourage people to take up cycling and become a part of a fitness movement – #TheNutriMovement.

Bollywood celebrities Vidyut Jamwal and Bhumi Pednekar joined the journey through a digital campaign in encouraging people to make a healthy start and participate in the movement.

The movement started with the launch of the Healthy Start Contest. More than three hundred sixty consumers were given a chance to win a sports cycle and make a Healthy start. During the contest, Britannia Nutrichoice gave away one sport cycle every working hour.

Through its online and offline #The Nutri Movement activation actively encouraged people to get on cycles and join this fitness movement. Britannia NutriChoice put up a challenge to collectively cycle 3656 KMs-the distance from Kashmir to Kanyakumari in seven days. The consumers were to cycle as much as they could and record the distance covered by them. The participants had to post pictures of the number of kilometres he had cycled. The top three participants who covered the longest distance were rewarded.

To take the initiative to the next level, Britannia collaborated with Track & Trail and organized cycling rides across 23 cities.

In Kolkata the journey started from Tarun Cycle Co. in the early hours of a Sunday and witnessed 39 cyclists coming together and taking up the challenge.

Vinay Subramanyam, Head-Marketing, Britannia Industries while talking about the initiative said, “NutriChoice launched the #Nutrimovement to motivate people to take small steps towards a fitter, more fulfilling life and discover the ‘power of a good choice’. We encouraged people across the country to take up a near zero- barrier sport like cycling.”

“We brought on board influencers like Bhumi Pednekar and Vidyut Jamwal who are icons of physical fitness. As a part of the campaign, cyclists across 23 cities in the
country cycled over 9500 kms, which was 3x of our target! We will continue to drive similar initiatives that nudge people to adopt a healthier way of life,” Subramanyam added.

The campaign saw 1383 participants across 23 cities join in to be a part of the Britannia NutriChoice Healthy Start Ride. Each participant recorded a minimum of 15kms. The goal was met in 4 days. The initiative that witnessed participation across all ages and genders has recorded a total of 9489KMs so far and is still running  (UNI)