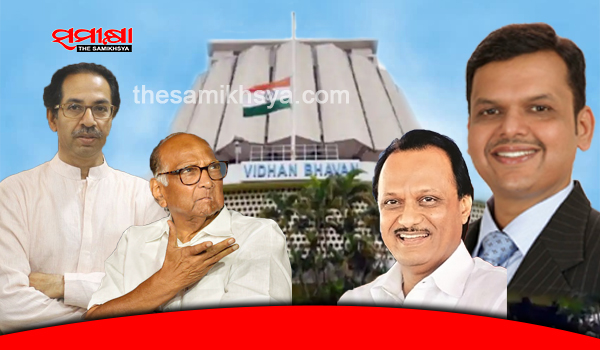 Politics is a game that is really beyond the grasp of even the best among them in the field. What is going on in Maharashtra has become an eye opener for all who keep interest in politics of the day and a disgrace for the profession in a way.

Are the MPs and legislators so vulnerable to poachers who try to wean them away from their so called allegiance. Or is it a false narrative that there is a thing called loyalty. But, both seem to be true.

How democracy is sequestered !

More so, when we witness before many such occasions that the lawmakers are sequestered in hotels and resorts to safeguard them from being poached by the opponents.

The three warring parties like the NCP, Shiv Sena and the Congress have their MLAs in a kind of house arrest at several such accommodations. Why does that happen ? If a MLA or MP is so prone to lures, or salable,  then where is the room for fairness for democracy.

On one side NCP wants Fadnavis to quit because Ajit Pawar is left with just three or four MLAs. But, if so, why do the party keep them as hostage in Renaissance Hotel in the city.

At the same time NCP spokesman keeps parroting the line that Ajit Pawar can also comeback to Sharad Pawar’s NCP. Why that hope. Is there anything that Sharad Pawar has to be so concerned about. A very ill-defined guess made by the NCP camp!

Shiv Sena’s 55 of 56 MLAS are also kept in Lalit Hotel in Andheri. And the 44 MLAs of the Congress are in JW Marriot Hotel.

Although there is no information about MLAs from the BJP, but all those lawmakers from the above three parties are in a kind total isolation from the outside world.

And, let’s imagine the splurge being allowed in this farce of democracy which must be running to millions of rupees or may be more.

Is that the egalitarianism the fore-fathers of democracy once thought of or, it is the political ignorance of people that the politicians do not want to be mitigated by any means.