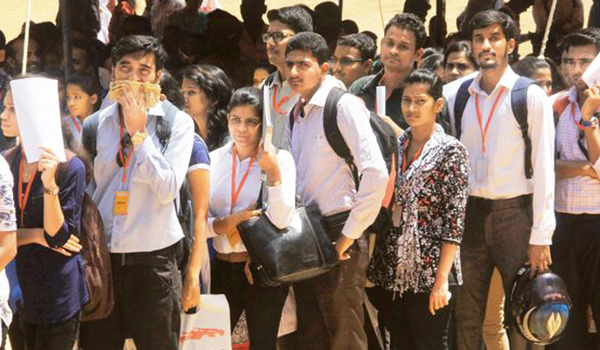 New Delhi, Dec 27  Concerns about joblessness is on the rise in India as a new survey has revealed that unemployment is what worries 46 per cent of urban Indians the most.

The results revealed that in November at least three per cent more urban Indians were worried about unemployment than those in October, according to the latest report of the “What Worries the World” survey by market research firm Ipsos.

The survey indicated that some of the other issues worrying Indians include financial and political corruption, crime and violence, poverty and social inequality and climate change.

Worries notwithstanding, majority of the urban Indians polled (69 per cent) said that they are optimistic about the direction in which India is headed.

Global citizens on the contrary, were seen to be highly pessimistic about the future, with 61 per cent of those polled saying their country is on the wrong track.

The survey is conducted monthly in 28 countries around the world via the Ipsos Online Panel system.

The current survey involved around 20,000 adults.