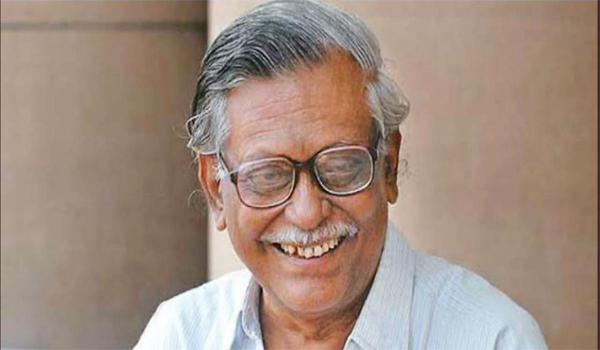 Veteran CPI leader and former MP Gurudas Dasgupta, suffering from age-related complications since long, breathed his last in the city at around 6 AM on Thursday.
He was 83 and is survived by wife and daughter.
Prime Minister Narendra Modi, Chief Minister Mamata Banerjee and her Delhi counterpart Arvind Kejriwal condoled the death of the veteran CPI leader.
” Shri Gurudas Dasgupta Ji was one of the most committed and articulate proponents of his ideology. He was a strong voice in Parliament, whose interventions were keenly heard across the political spectrum. Saddened by his passing away. May his soul rest in peace, ” Mr Modi posted in his Twitter account .
Ms Banerjee conveyed her condolences, and in a message said, ” Saddened at the passing away of CPI leader Gurudas Dasguptaji. He will be remembered for his contribution to the nation as a Parliamentarian and trade union leader. Condolences to his family, friends and colleagues. ”
” Passing away of veteran leader and trade unionist Gurudas Dasgupta is a big loss for the nation. He will always be remembered for his brilliant parliamentary track record and probity in public life,”
said Mr Kejriwal.
” We mourn the demise of Comrade Gurudas Dasgupta, veteran leader of the Communist Party of India and renowned Parliamentarian. His contributions to the Left and working class Movement will inspire the young generation.” the CPI(M) said in statement.
Mr Dasgupta was a fierce orator and a veteran trade union leader of the All India Trade Union Congress (AITUC).
His mortal remains will be consigned to flames tomorrow, according to party sources.
Born on November 3 in 1936 at Barisal (Bangladesh) in undivided India, Dasgupta was elected to the Rajya Sabha in 1985 and also a member of the Lok Sabha from Panskura in 2004 and Ghatal in 2009. (UNI)