Whether Kanda or Dushyant, BJP caught on wrong footing 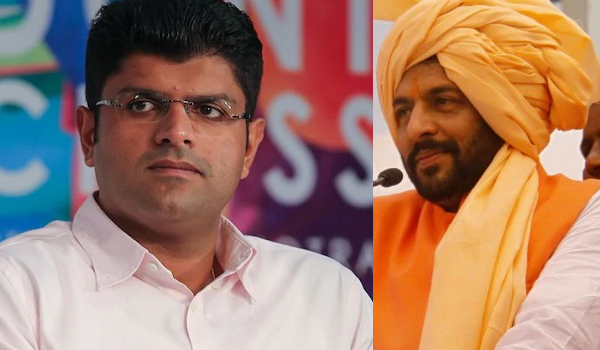 It’s all marriage of convenience everywhere in politics. Here thru launder the dirt of sins or corruption with the help of an equal amount of caprice. What can better manifest such hypocrisy than what happens in Haryana where Khattar and his party gleefully chose to ignore the alleged misdeeds of Bijay Chautala to embrace Dushyant Chautala for power.

That clearly says how politics can uphold the dishonourable and kill the virtues. That’s exactly the BJP has demonstrated in Haryana contrary to what the Prime minister Narendra Modi keeps vouching for.

It may not be in his ‘Man ki Bat’. And interestingly, before JJP played the Santa for BJP, there was an effort from within to take support of another rape accused Kanda who had volunteered I public to support the BJP the but the latter went on the backfoot at the eleventh hour only.

From the ‘fry pan into the fire’ and that was what the BJP is in for; from Kanda to Chautala that the BJP has no moral high ground to sport.

It was the same situation of moral in equivalence of the BJP which had suffered badly when for power the BJP went ahead to ally with the pro separatist outfit PDP under Mehmooba Mufti who become the chief minister of J & K.

‘ Aap kareto puny a, hum kareto paap ‘ (if you do that’s virtue but if we do that’s evil) is a strange binary in saffron’s political philosophy.! A honeymoon with Dushyant is bound to bring back the ghost of reservation for Jats that the Khattar dispensation may find hard to digest.