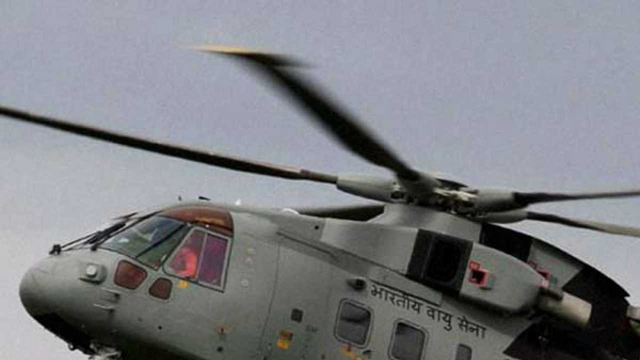 This aircraft was crashed a few days back at an altitude of 11500 feet at the Kedarnath helipad, just short of the holy shrine. It was not feasible to transport the wreckage to a lower region due to only foot track connectivity to Kedarnath. The company requested the IAF, through Uttarakhand civil administration to render assistance in evacuation of their downed aircraft before the closure of Kedarnath Shrine this month end, the spokesperson added.

On the dawn of Saturday, two helicopters were pressed into action, with one of them tasked to provide logistical support and the other for extricating the downed civilian aircraft by carrying it underslung. The IAF crew displayed deft handling, the aircraft was hooked below the helicopter and then skillfully flown back through the narrow valley, all the way to Sahastradhara near Dehradun, the IAF official added.

The safe evacuation is testimony to the responsiveness of the IAF in support of the civilian administration and the skill of IAF aircrew, he added. (UNI)