Why should we get into pre or post poll tie-ups in Maha: SC 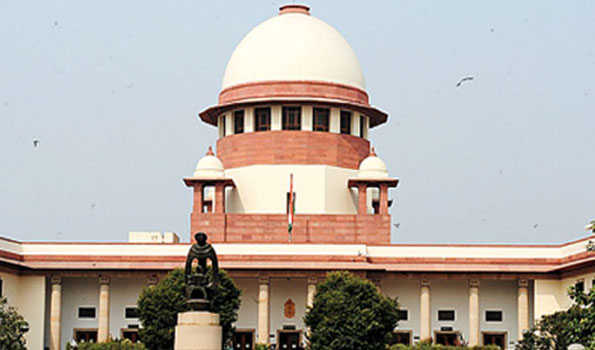 New Delhi, Nov 29 (IANS) The Supreme Court on Friday dismissed the plea by an Akhil Bharat Hindu Mahasabha member to declare “unconstitutional” the post-poll alliance of the Shiv Sena, the Nationalist Congress Party and the Congress in Maharashtra.

A bench, headed by Justice N.V. Ramana, said that in a democracy, the courts cannot stop a political party from allying with another. “Why the court should enter into pre poll or post poll alliance …. do not expect courts to go into an area where it has no jurisdiction,” it said.

Pramod Pandit Joshi’s lawyer argued that the promises in the pre-poll manifesto were made with BJP-Shiv Sena government on mind, and people voted in the election on its basis.

To this, Justice Ramana said that political parties say a lot in their manifesto. “Can we issue a mandamus, directing them to implement their manifesto?” he asked.

Citing one of its judgements, the court observed: “Constitutional morality is different from political morality.”

As the advocate for the petitioner cited the Constitution’s Article 19 (right to freedom of speech and expression) and civil liberties, the apex court queried how is this argument connected to this case.

Justice Ramana said if the petitioner’s argument is accepted against the post-poll alliance entered by the Shiv Sena in Maharashtra, then there is no democracy.

After the brief hearing, the top court dismissed the petition.