Prime Minister’s Yoga Awards on the International Day of Yoga 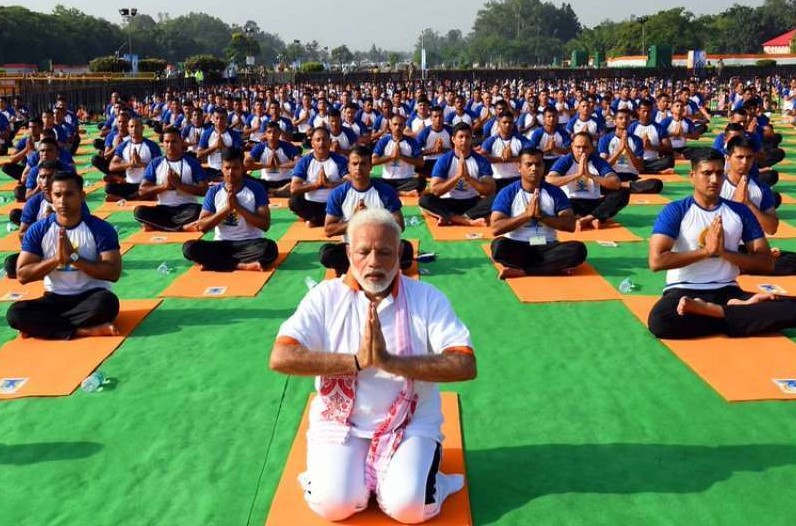 The purpose of the awards is to recognize and felicitate the individual(s)/organization(s) who/which have made a significant impact on the society, for a sustained period, by the way of promotion and development of Yoga.

Ever since its inception on the 9th of November 2014, the Ministry of AYUSH (MoA), Government of India (GoI) has been actively working with a vision to facilitate the adoption and acceptance of the practice of Yoga worldwide.

Due to pandemic of Covid-19, the applications for the award were not invited in 2020.

However like previous years, the Ministry of AYUSH (MoA), Government of India (GoI) will be felicitating the achievers and unsung heroes and institutions of the domain of Yoga, from different parts of the country and across the world with the Prime Minister’s Yoga Awards (PMYA).

The applicants/nominees for these awards should have a rich experience in Yoga, and a deep understanding of Yoga. An application, complete in all respects, can be made by the applicant directly, or they may be nominated by a prominent person or organisation working in the field of Yoga, for consideration under this award process.

The winners will be felicitated by the means of a trophy, certificate, and a cash award of INR 25 Lakh, which will be announced on the International Day of Yoga on 21st June 2021. In-case of joint winners, the awards would be divided among the winners.