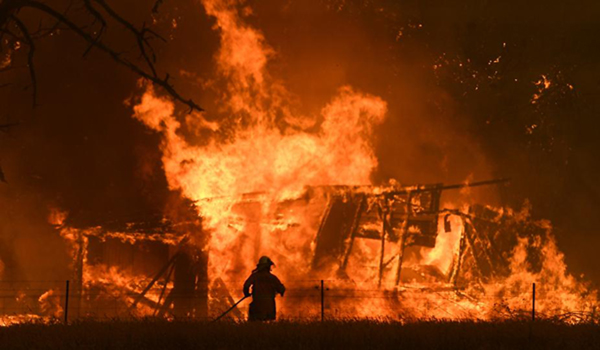 Melbourne: Australian forecasters warned on Sunday of severe storms to hit the bushfire-hit state of Victoria, which could lead to flooding.

The Bureau of Meteorology in Victoria issued severe thunderstorm warnings for parts of the state on Sunday, saying damaging winds and heavy rainfall were expected, the BBC reported.

It said storms and widespread rainfall were forecast in the state for the next three days.

One forecaster from the bureau said the state was “about to see it’s wettest two-day period in many, many months”.

At least 14 fires were still burning in Victoria as of Sunday.

In New South Wales (NSW), where 69 fires were burning on Sunday, forecasters said that widespread heavy rainfall in the north of the state would ease, as it withdrew flood warnings for the Bellinger and Orara rivers.

Meanwhile, officials in the third bushfire-hit state of Queensland urged people to “exercise caution” on Gold Coast beaches, where “large water movement and significant debris” were expected after heavy rainfall on Saturday.

The fires, which began in September 2019, have so far claimed at least 28 lives, destroyed thousands of homes and scorched millions of acres of land.

As the wet weather helped to ease the crisis, the government on Sunday announced a major package to aid tourism recovery, said the BBC.

Prime Minister Scott Morrison said the government would channel some A$76 million ($52 million) from the national bushfire recovery fund into the industry.

He described the package as an “urgent injection” of funds for affected businesses, and said tourism in the country was facing “its biggest challenge in living memory”.