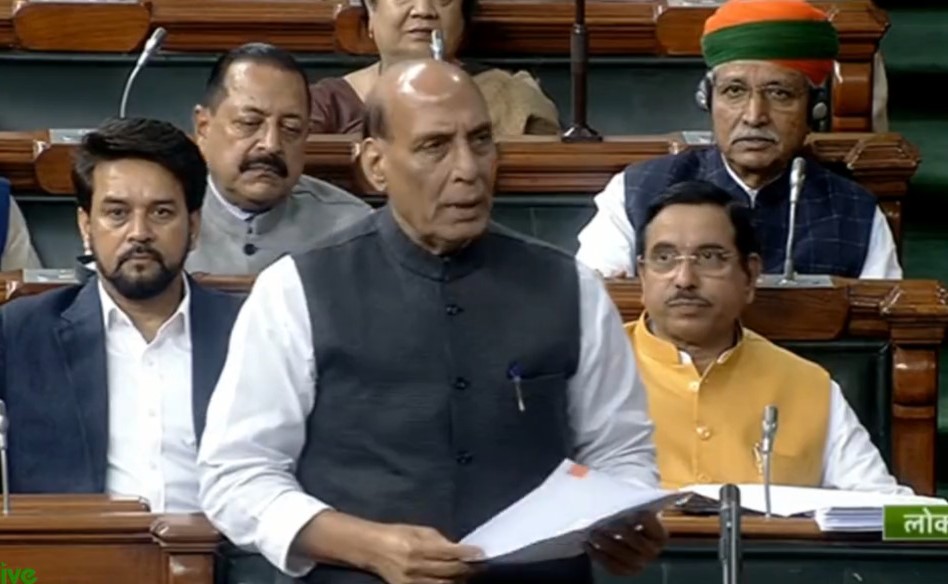 New Delhi: Defence Minister Rajnath Singh today informed that no fatalities or serious casualties have occurred on Indian side during the face-off between the Indian and Chinese troops at Tawang sector of Arunachal Pradesh.

Making a statement in Lok Sabha today on the incident, Mr. Singh said, Chinese troops tried to transgress the Line of Actual Control in Yangtse area of Tawang Sector and unilaterally change the status quo on 9th of this month.

He said, the Chinese attempt was contested by Indian troops in a firm and resolute manner. He said, face-off led to a physical scuffle in which the Indian Army bravely prevented the Chinese troops from transgressing into Indian territory and compelled them to return to their posts. He said, the scuffle led to injuries to a few personnel on both sides.

The Defence Minister said, due to timely intervention of Indian military commanders, Chinese soldiers went back to their locations. He informed that a Flag Meeting was held on Sunday, 11th December, between the local commanders of both sides.

He said, the Chinese side was asked to refrain from such actions and maintain peace and tranquillity along the border. The Minister informed that the issue has also been taken up with the Chinese side through diplomatic channels.

Mr. Singh assured the House that Indian Forces are committed to protecting country’s territorial integrity and will continue to thwart any attempt made on it. Later not satisfied with the Minister’s statement, Congress and some other opposition parties staged a walkout from the House.

The Defence Minister made a similar statement in the Rajya Sabha also. Opposition members tried to seek clarifications but Deputy Chairman Harivansh did not allow it saying it is a sensitive issue and there is no precedent of allowing clarifications on such issues in the House after Minister’s statement.

Not satisfied with this, Opposition members continued with their demand for immediate discussion on the matter and raised slogans. Later, members from Congress, Trinamool Congress, Rashtriya Janata Dal, Samajvadi Party, Aam Admi Party, Left and others staged a walk out.