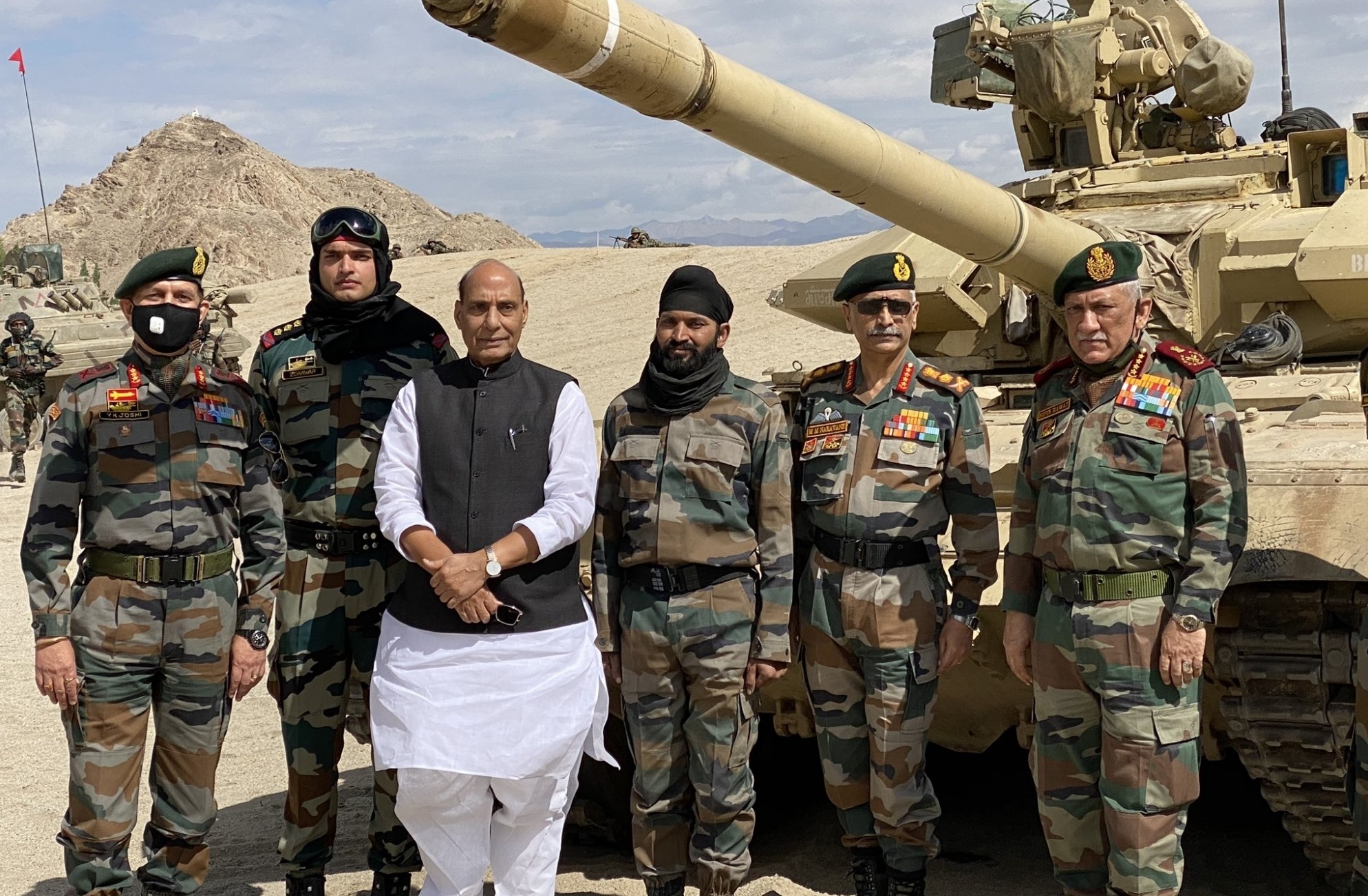 Leh/New Delhi, India wants peace but there is no guarantee of the final outcome of talks with China, said Union Defence Minister Rajnath Singh on Friday in eastern Ladakh region as he reviewed the ground situation of troops in the hostile border areas.

India and China are engaged in military and diplomatic deliberations to de-escalate the tense situation at the border areas on the LAC. The two countries are locked in a 10-week-long standoff at multiple points, hitherto unprecedented, along the Line of Actual Control.

Singh, while addressing troops in Lukung close to Pangong lake, said, “Talks are on for a resolution. But I can’t give a guarantee to what extent it can be resolved. India never eyes the land of another country. We want peace, that’s been our character. We never hurt any nation’s pride but will respond if someone hurts our pride. 130 core Indians mourn the sacrifices.”

The minister assured that not one inch of India’s land can be taken by any power in the world. 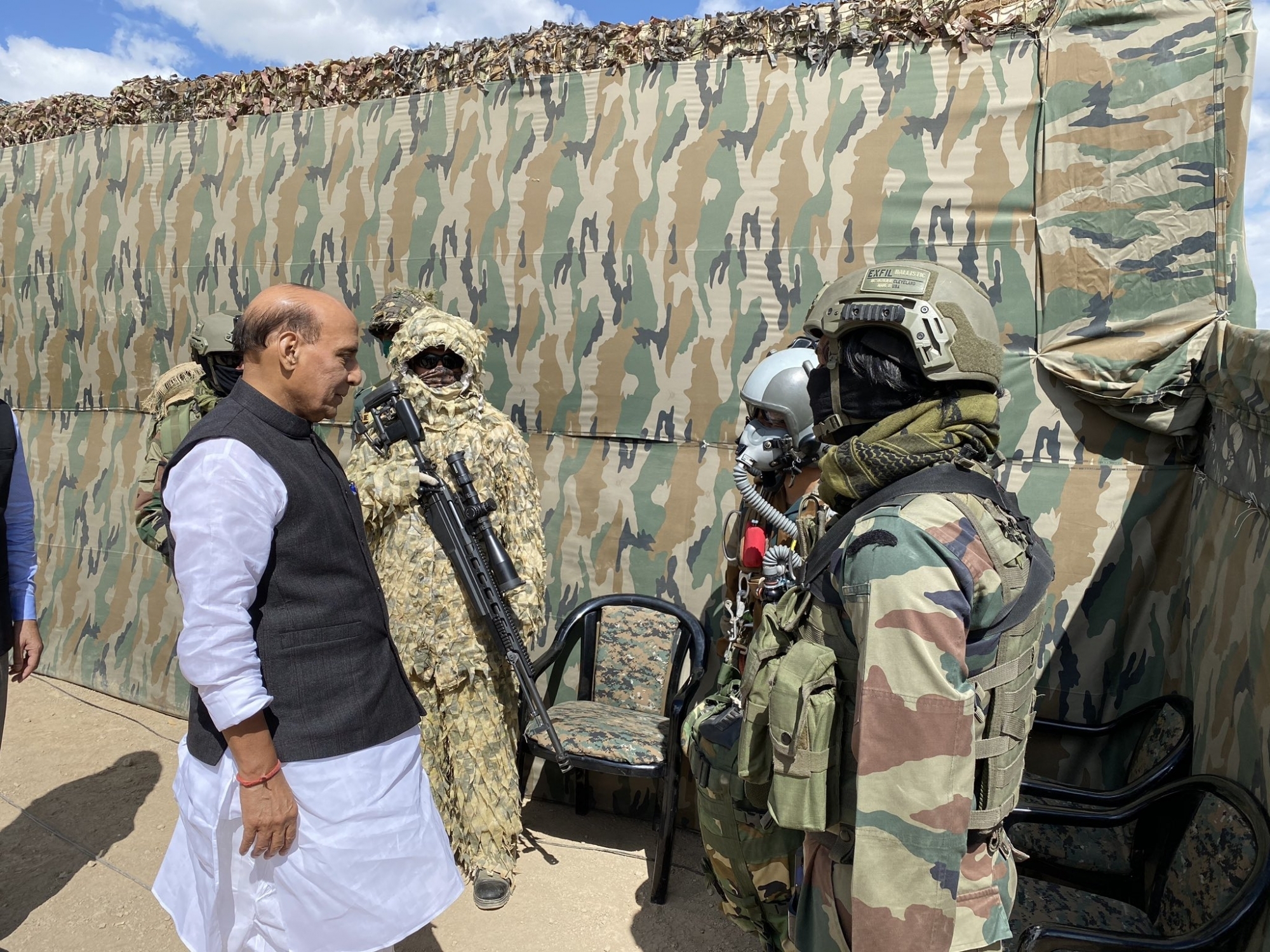 In a brutal attack carried out by Chinese People’s Liberation Army troops on June 15 in Galwan Valley in eastern Ladakh, India lost 20 soldiers and the Chinese PLA too had casualties, though its figures are still unknown.

The minister said, “Our soldiers are the pride of the country. I am happy to be here but at the same time sad about losing our braves at Patrolling Point 14. We will never forget their sacrifice. The Prime Minister has also said their sacrifice will not go in vain.”

He further stated “Our nation’s pride gets hurt if someone casts an eye on our land.” Singh also interacted with the soldiers and reviewed the operational preparedness of the force.

The minister witnessed an exercise by the troops, including some battle drills by troops of the Ladakh Scouts. He was briefed on the situation including the actual position of the troops on both sides.

Before that Singh visited Stakna, near Leh. He witnessed the para dropping skills of the armed forces, tank manoeuvres and also tried hands on Pika machine gun. Indian Army’s T-90 tanks carried out exercises and armoured combat vehicles also displayed their prowess during the exercise.

The minister, who is on a two-day visit to Jammu & Kashmir and Ladakh, flew from Delhi to Leh early Friday morning.

Accompanied by Chief of Defence Staff General Bipin Rawat and Army Chief General Manoj Mukund Naravane, he reached Leh at around 8 am.

After reviewing the ground situation and interacting with the soldiers, Singh visits Srinagar in the late afternoon.

Since the worst confrontation with China over the border issue, Singh had been ensuring that Indian armed forces are equipped with all the latest arms and equipment and are logistically approachable at the borders. He has been meeting all the stakeholders to ensure the forces are ready for any confrontation.

Singh had earlier on July 3 planned to visit Leh, however, he had to drop it as Prime Minister Narendra Modi decided to visit the forward locations in eastern Ladakh.