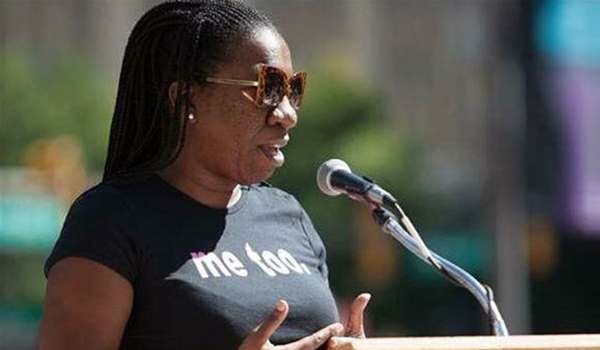 New York, Jan 4: Two years after #MeToo became a global phenomenon, founder Tarana Burke acknowledged that the movement was “inextricably” linked with Harvey Weinstein, but insisted that the future of the struggle does not depend on the result of the disgraced Hollywood mogul’s upcoming trial for sexual assault.

“He’s one person, he doesn’t define this movement at all. In fact, the movement is not defined by any perpetrator, regardless of whether Harvey Weinstein goes to jail or not, there are still people who he harmed and those people need to see some accountability and those people need resources so that they can heal,” the veteran activist told Efe news in an interview.

Weinstein’s trial on charges that include two counts of rape is set to begin on January 6 in New York.

Burke, 46, launched ‘Me Too’ in 2006, yet it was only in the wake of the 2017 revelations about Weinstein’s alleged misconduct toward actresses and other women in the film industry that the movement blew up into #MeToo.

#MeToo and Weinstein “are inextricable because people relate them together”, Burke said, though hastening to add that just as survivors of sexual assault “can’t tie their healing to the outcome … to what people call justice, to the legal system, we can’t tie our work and the outcome of the movement to the outcome of his case”.

Weinstein, according to Burke, is “just indicative of how large the problem is”.

“Whether or not he goes to jail we still have work to do to end sexual violence,” she added.

Burke, herself a survivor of rape and sexual abuse, wants people to understand that #MeToo’s mission was not only about giving a voice to victims, but also helping them to recover and move on with their lives.

She also dismissed the notion that #MeToo was anti-men as one of “so many misconceptions floating around”, pointing out that men are also victims of sexual assault.