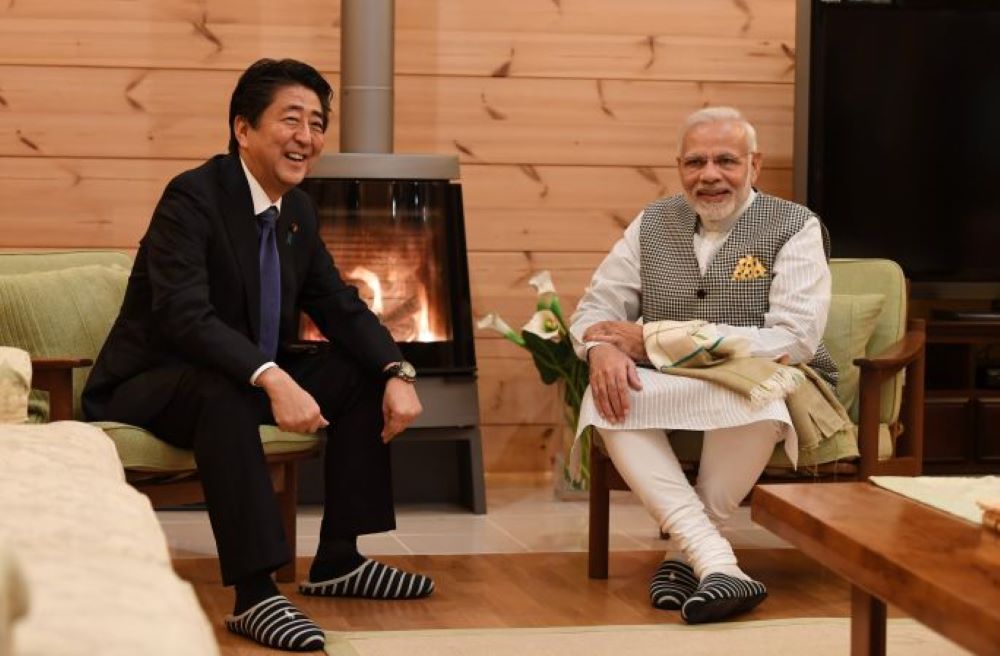 New Delhi: Government has decided to observe one day State Mourning today throughout the country as a mark of respect for former Prime Minister of Japan Shinzo Abe.

He passed away yesterday. Union Home Ministry said, the National Flag will be flown at half-mast on the day of mourning on all buildings where the National Flag is flown regularly. There will be no official entertainment today.

Prime Minister Narendra Modi said, Shinzo Abe was an outstanding leader of Japan, a towering global statesman and a great champion of India-Japan friendship. He said, Japan and the world have lost a great visionary and he has lost a dear friend.

Remembering Shinzo Abe, Mr. Modi said in a blog, he first met Mr. Abe in 2007 during his visit to Japan as the Chief Minister of Gujarat. Right from the first meeting, their friendship went beyond the trappings of office and the shackles of official protocol.

He said, even when Mr. Abe was not the Prime Minister of Japan between 2007 and 2012 and more recently after 2020, their personal bond remained as strong as ever.

The Prime Minister said, it was his privilege to work with Mr. Abe to bring about an unprecedented transformation of the strategic partnership between India and Japan.

He said, Mr. Abe was resolute in pursuing the civil nuclear agreement with India, a most difficult one for his country and decisive in offering the most generous terms for the High-Speed Rail in India.

He said, Mr. Abe ensured that Japan is there side by side as New India accelerates its growth. He said, Shinzo Abe’s contribution to India-Japan relations was richly recognized by the conferment upon him of the prestigious Padma Vibhushan in 2021.

Mr. Modi said, during his Japan visit in May this year, he had the opportunity to meet Abe San, who had just taken over as the Chair of the Japan-India Association.

He was his usual self – energetic, captivating, charismatic and very witty. He said, when he bade goodbye to Mr. Abe that day, little did he imagine that it would be their final meeting.

Mr. Modi said, he will always be indebted for Abe’s warmth and wisdom, grace and generosity, friendship and guidance.

The Prime Minister said, Mr. Abe’s life may have been cut short tragically, but his legacy will live on forever.