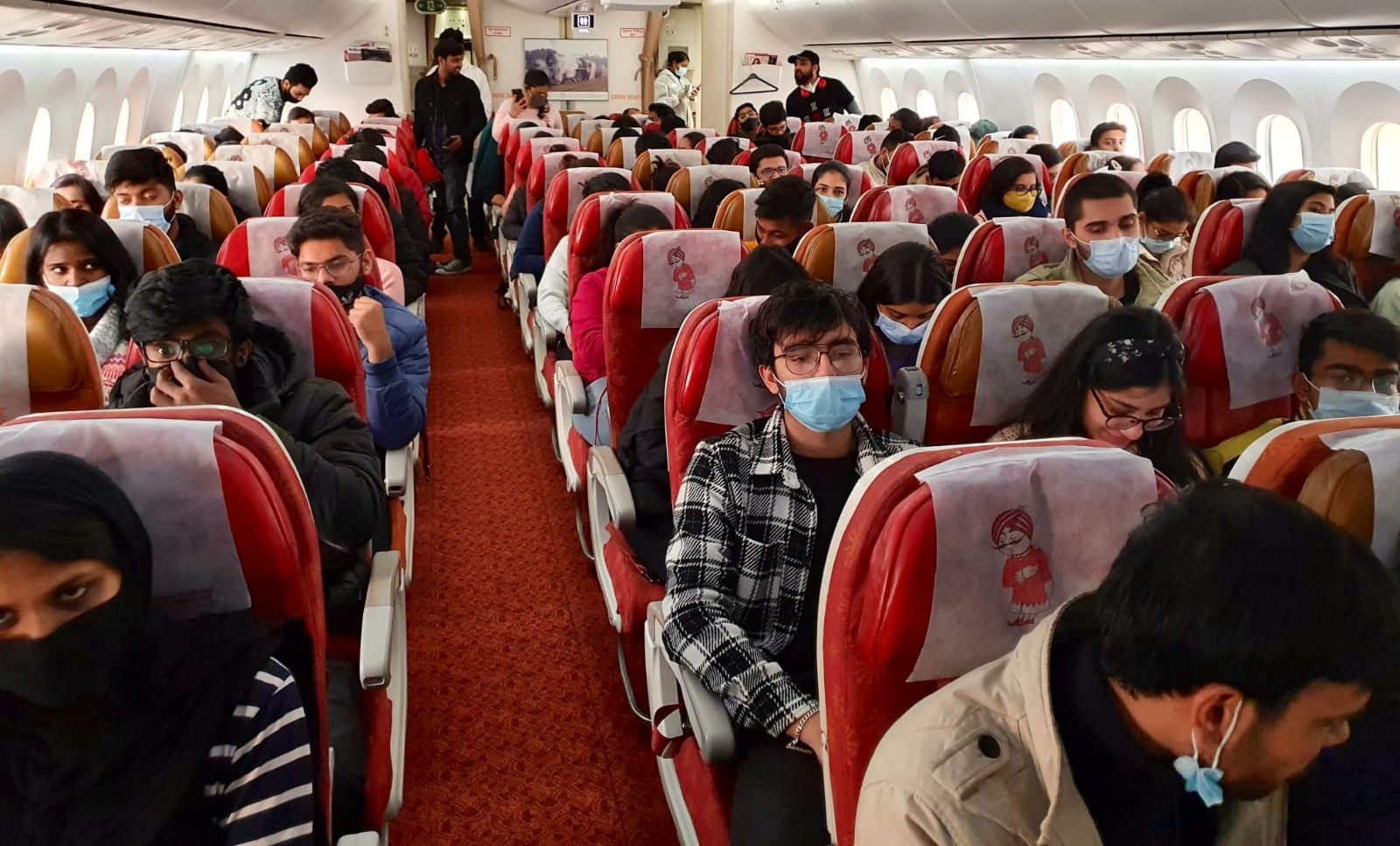 Mumbai: Union Minister Piyush Goyal received the first batch of home-bound Indians from Ukraine, as the first evacuation flight of Air India, AIC 1944 touched down at the Chhatrapati Shivaji Maharaj International Airport in Mumbai at 7.50 this evening.

The aircraft, which had taken off from the Henri Coanda International Airport, Bucharest, Romania this afternoon, brought home 219 passengers, mostly students from India. Piyush Goyal said “glad to see the smiles on the faces of Indians safely evacuated from Ukraine at the Mumbai airport”

Goyal asked the returning passengers to speak to their friends still in Ukraine and reassure them not to worry. He said the Government is working in mission mode to ensure safety of our citizens. The Minister said that PM Shri Narendra Modi has spoken with the Ukrainian President and stressed about the safety of Indian citizens. The Minister informed that the Russians have also promised to help evacuate all Indians.

Goyal said more evacuation flights are being operated and the second flight is likely to land in Delhi in the wee hours of Sunday. The Minister whole heartedly thanked Air India for its commitment to the national cause, which was met with an applause by all the homecoming passengers. Large number of relatives of homebound passengers were present at the arrival concourse of the Mumbai airport to receive their near and dear ones.