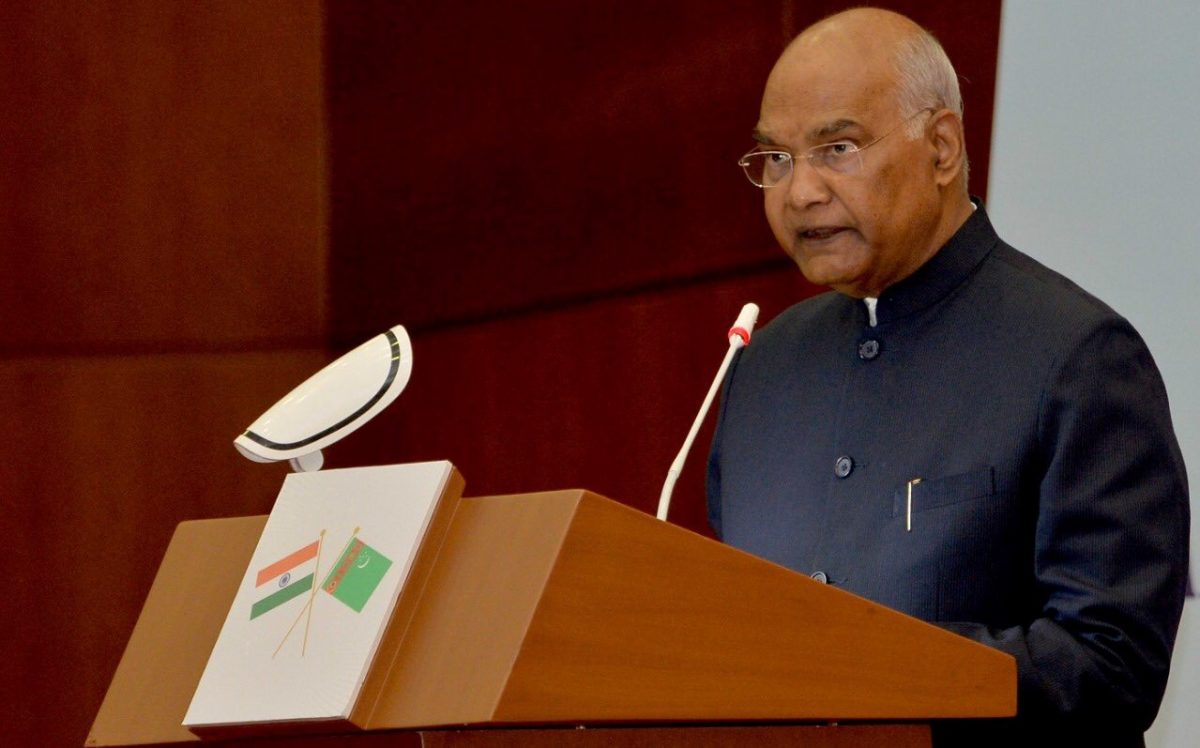 New Delhi: President Ram Nath Kovind will reach Netherlands today as part of the second leg of his 7-day two-nation tour. In the first leg, the President visited Turkmenistan from 1st to 3rd April.

The visit of the President to the Netherlands this year assumes special significance as in 2022 India and the Netherlands celebrate 75 years of establishment of diplomatic relationship. The two countries have always shared common ideals of democracy, pluralism and the rule of law.

India and the Netherlands are working together in the fields of Water Management, Agriculture and Food Processing, Healthcare Cooperation, Urban Development and Smart Cities, Renewable Energy, Science & Technology and Space and Counter-Terrorism and Cyber Security. Both countries recognise the close convergence between each other\’s vision for a free, open and inclusive Indo-Pacific.

The two countries have been doing significant work together on a number of fields. In 2021 “Strategic Partnership on Water was launched – a new level of Indo-Dutch water cooperation involving technology and governance.

In the field of agriculture, both sides have agreed to set up 25 Centre of Excellences (CoEs) in agri-related centres by 2025. Far-reaching work is being done in the field of Agriculture and Food Processing.

India and the Netherlands have also signed a MoU to promote technical cooperation in the fields of Spatial Planning, Water Management and Mobility Management. India has invited Netherlands to adopt smart cities and explore financial support for green projects in smart cities.

The two countries are working together in the field of digital health, diagnostics and devices. A MoU for Cooperation in the field of Healthcare and Public Health encompassing Anti-Microbial Resistance as well as regulatory matters relating to food products, medicines and medical products is in place.

The two countries have also partnered under the EU India Joint Call “Towards a Next Generation Influenza Vaccine to Protect Citizens Worldwide” in which three projects with Dutch stakeholders will support the development of a next generation of influenza vaccines.

The economic and trade relations between the two countries is flourishing. The Netherlands was 5thlargest investor in India for the FY 2020-21 with FDI inflows of 2.8 billion USD. Netherlands was the 3rdlargest destination for over-seas direct investments from India – approximately 1.22 billion USD.

Culturally also India and Netherlands are well connected. Netherlands hosts the second largest Indian diaspora in Europe after UK and the largest on mainland Europe.

This includes two lakh strong Surinami-Hindustani community of Indian origin. Indian students are amongst top three in terms of number of amongst. Netherlands is also home to 48,000 NRTs/PIOs.