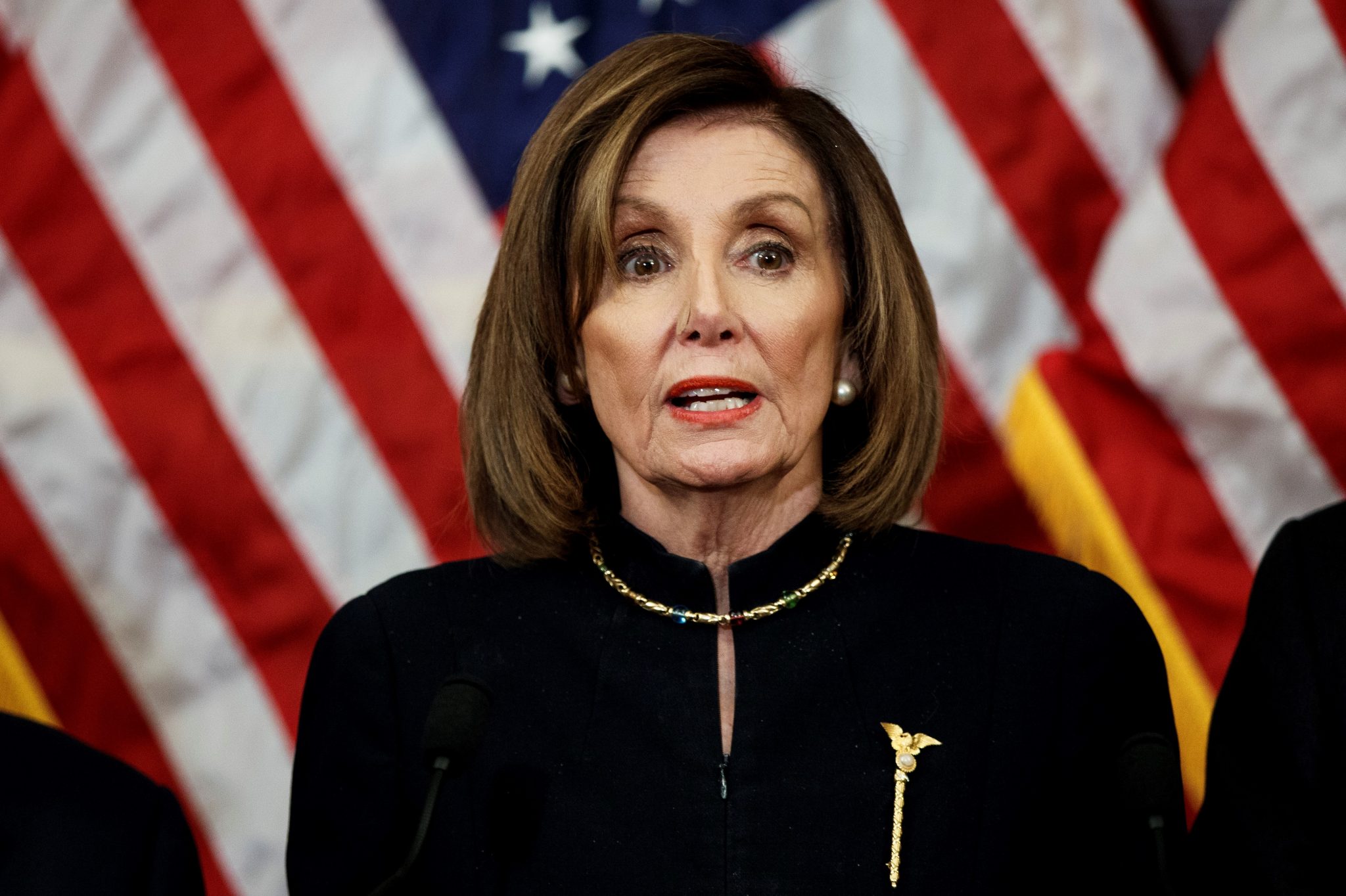 Washington, US House of Representatives Speaker Nancy Pelosi on Wednesday unveiled the seven lawmakers who will prosecute the impeachment case against President Donald Trump in the Senate.
Ahead of the vote in the house to send the impeachment articles to the Senate, she appeared at a news conference with the seven “managers”, led by Adam Schiff, chairman of the House intelligence committee, the BBC reported.

“I’m very proud to present the managers who will bring the case, which we have great confidence in, in terms of impeaching the president and his removal,” she said.

The other six are Jerrold Nadler, head of the House judiciary committee, Hakeem Jeffries of New York, Zoe Lofgren of California, Jason Crow of Colorado, Val Demings of Florida and Sylvia Garcia of Texas.

Trump was impeached by the House on December 18, on accusations of abuse of power and obstruction of Congress. However, he is certain to be acquitted as his Republican party enjoys a simple majority (53) in the 100-member Senate and a two-thirds majority is necessary to unseat him.