The craft that redesigned his destiny, and of the village 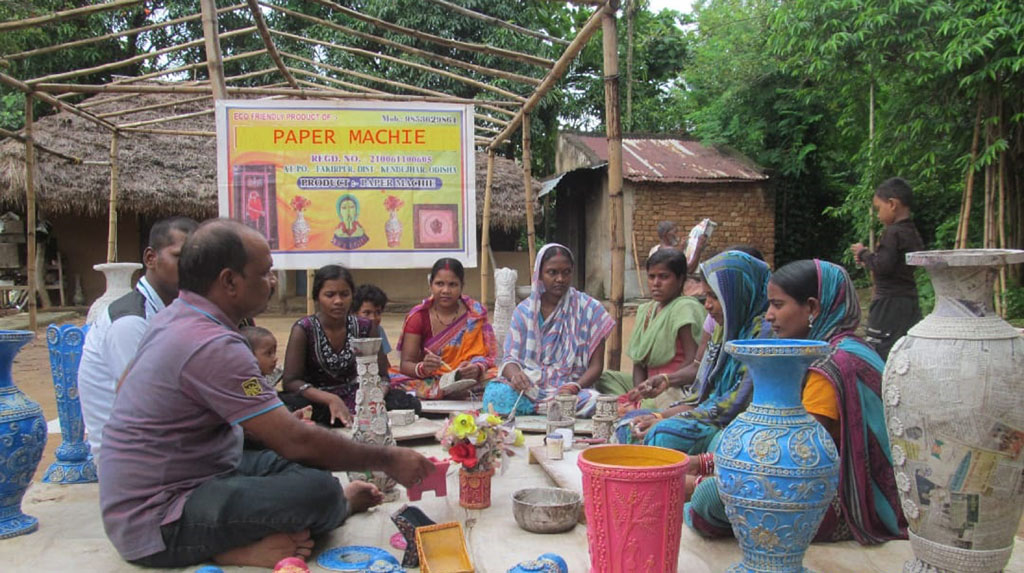 Nearly 20 years ago, when Arun Kumar Ojha of the non-descript Barigaon village of Keonjhar district decided to quit his job as a lecturer in economics to embrace craft as his career, many of his well-wishers had the unanimous warning for him – “You would reap the consequences of this whimsical decision in future.”

Two decades later, the decision has reaped him rich dividends. It has not only changed his destiny as a distinguished papier mache (paper pulp) master craftsperson of India but also has brought a distinct identity for Odisha for the craft while changing the lives of nearly 100 women of the village. 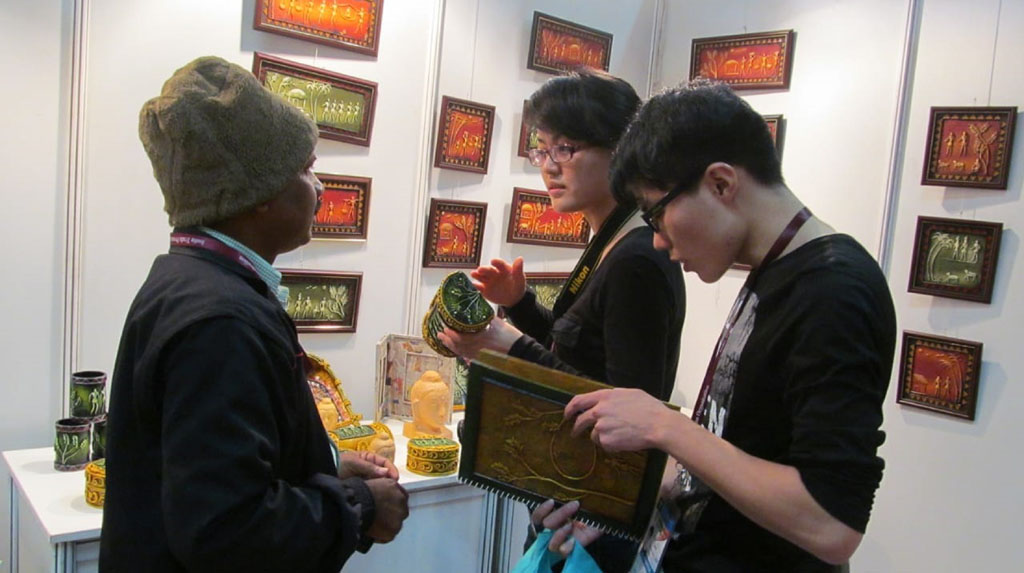 “Ironically, I never thought of craft as a career though I was fond of craft products. My uncle was a papier mache craftsperson. Once I accompanied him to visit a famous crafts village near Puducherry that is known for papier mache products. I realised then that there was an urgent need to redesign the traditional products of my uncle to cater to the taste of the changing times in order to sustain and enhance the demand of the products. But, my uncle did not appreciate my idea on the plea that it was against the tradition.

Thus, I started experimenting on my own and made some utility-oriented products like pencil box, pen stand and flower vase that received rave response from art lovers that prompted me to venture further,” recollected Arun who has fetched both fame and fortune from his profession chosen by accident.

While Government of India has awarded him Senior National Fellowship and the Ministry of Culture has accepted him as an expert – both for papier mache craft – the State Design Award and the most innovative design award of the State have gone to him. Similarly, he has represented Odisha at the famed India International Trade Fair in New Delhi four times apart from being invited to dozens of national and state level exhibitions. National Institute of Fashion Technology has also invited him as an expert for its countrywide Craft-Bazaar series while Government has included him under its prestigious Guru-Shishya Parampara programme to train papier mache artists.

“Quality, variety and utility have been the hallmark of Arun’s creative products. I have closely observed his works during the two solo exhibitions that he held at Odisha Modern Art Gallery in Bhubaneswar. His products are bio-degradable, durable, portable for long distance export and affordable for buyers,” observed Tarakant Parida, former Secretary of Odisha Lalit Kala Akademi.

Arun’s decision to be based in his village has helped nearly 100 poor women to earn a livelihood. “When I started my Kagazi Odisha Papier Mache Production and Research Centre, my mother and wife were helping me in production process. This encouraged the village women to take a keen interest in the craft-making. Gradually, I trained them and encouraged them to prepare my products alongside their daily household work. I ensured marketing of their products. As a result, most of them have been the bread-winners for their families now”, shared Arun.

“True that papier mache has earned me a special identity but what brings me the greatest joy and pride is the identity that our village is getting today for this craft. The artefacts made by the ordinary women of my village have found a respectful place in the homes of art-lovers across India and abroad. I could not have aspired for more,” stated Arun with a smile of contentment.