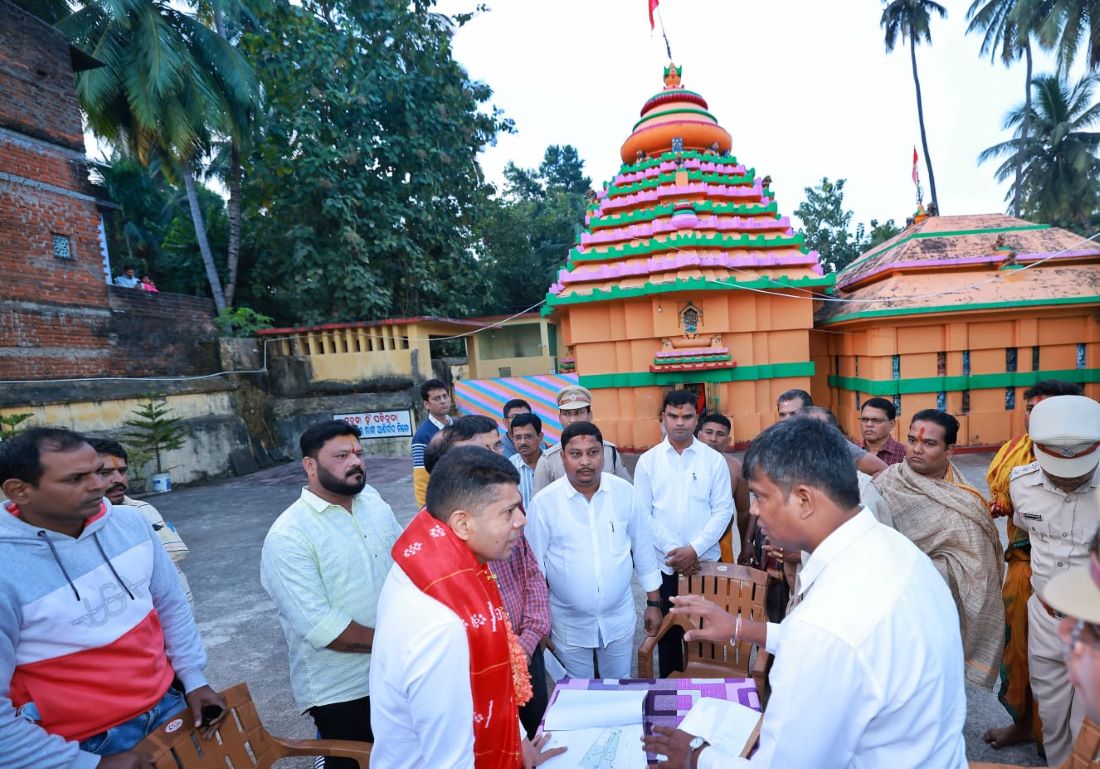 Maa Bhagabati is a famous Shakti Shrine of Odisha believed to be built in 9th century.

He spoke to several stake holders like priests, PRI members, villagers and officers over holistic development of the shrines at both the places.

Then Sri pandian directed the Khordha Collector to prepare a Master Plan for holistic development of both the sites after consultation with the stake holders.

The plan will be placed before the Chief Minister for final approval.