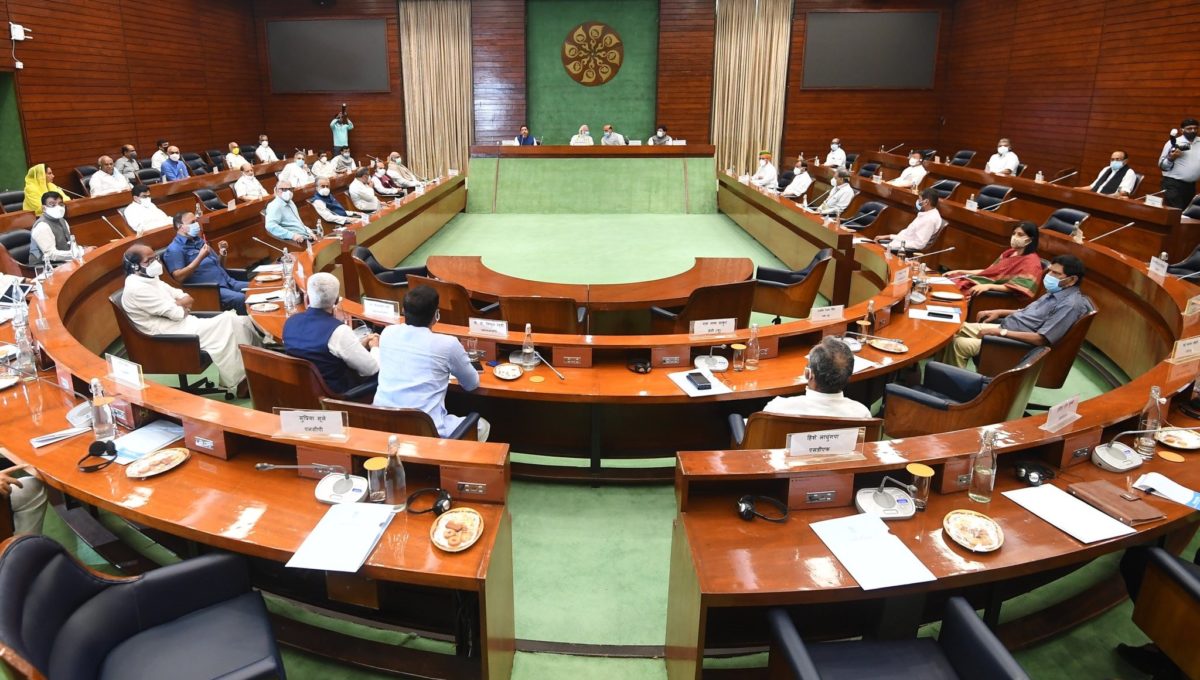 New Delhi, All-parties leaders meeting was held here today, a day before the start of the Monsoon session of parliament. Prime Minister Narendra Modi said in the meeting that MPs have given valuable suggestions here, and there should be meaningful discussion in both the houses. He assured that efforts will be made to implement the suggestions collectively.

He said that the people’s representatives truly know the ground level situations, and hence their participation in the discussions enriches the decision making process. Modi said that most of the parliamentarians have been vaccinated and hoped that this will help in undertaking the activities in the parliament confidently.

Prime Minister called for healthy discussions in the parliament and sought cooperation of the leaders of all political parties. He expressed the hope that the sessions runs smoothly and completes its work. He also expressed his condolences for the loss of lives due to Covid-19 pandemic.

Joshi, at the start of the meeting, said that the Government is ready for discussion on any topic under the rules. Seeking full cooperation of all the parties in the smooth running of the houses, he said that there should be structured debate on the issues.

Joshi informed that the Monsoon Session of Parliament, 2021 will commence from Monday, the 19th of July, and continue till 13th August. During the 19 sittings of the session, 31 Government business items (including 29 Bills and 2 financial items) will be taken up. Six bills will be brought to replace the ordinances.