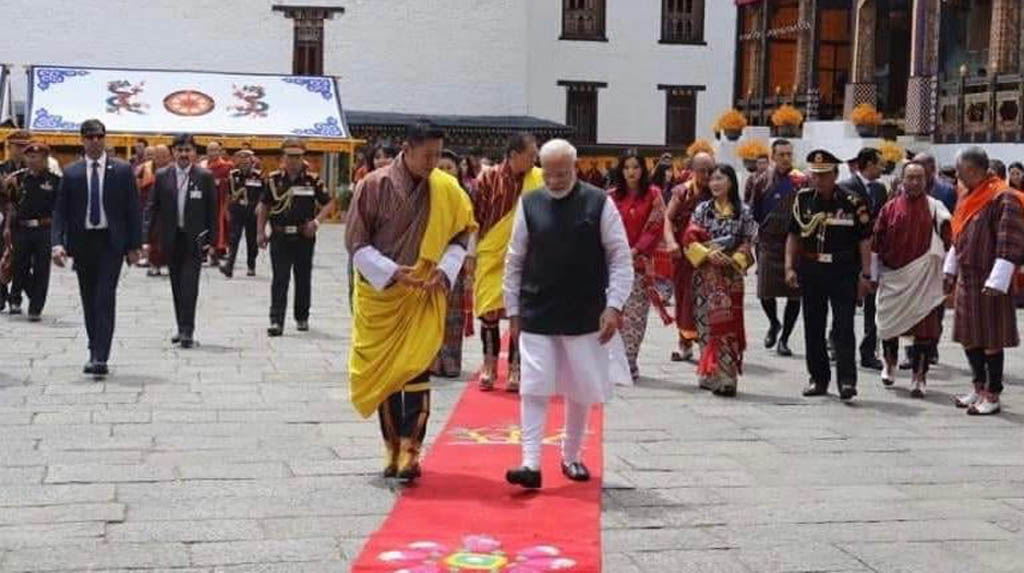 In a Facebook message, Prime Minister Office of Bhutan said, his majesty highlighted all the unconditional friendship and support Narendra Modi has extended over the years and particularly during Covid-19 pandemic. Congratulating Narendra Modi, Dr. Lotay Tshering said, in all interactions, seen Mr. Modi as a great, spiritual human being. He said, he is looking forward to celebrating the honour in person.

The charismatic persona of Prime Minister Narendra Modi has won him the admiration of people all across the globe. As a result, many countries have honoured him with their highest civilian awards. Likewise, many non-governmental organisations and foundations have also conferred prestigious awards on him. In 2016, he received the highest civilian awards from Saudi Arabia and Afghanistan.

In 2018, he was conferred the highest honour of Palestine. In 2019, the United Arab Emirates honoured the Indian Prime Minister with the Order of Zyed Award. In the same year, Russia, Bahrain and the Maldives also conferred Mr Modi with their respective highest civilian awards.

In 2020, Mr Modi received the prestigious Legion of Merit from the United States of America. Other prestigious awards given to Prime Minister Narendra Modi at international forums include the Seoul Peace Prize and Champions of the Earth Award which is United Nation’s highest environmental honour.