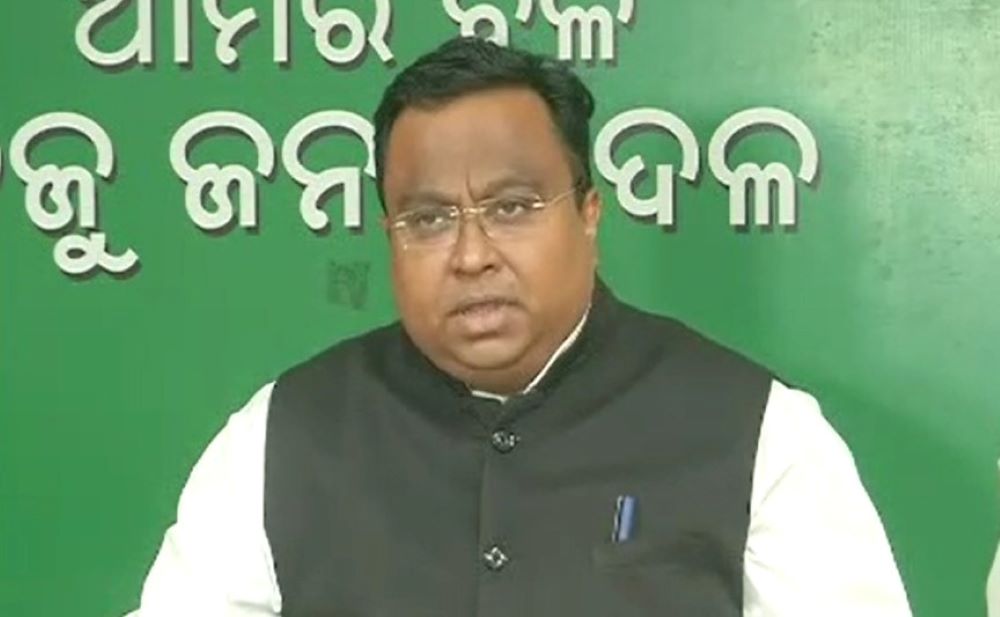 Bhubaneswar: In a press meet this morning, BJD Spokesperson Dr. Sasmit Patra stated that BJP has a long history of cheating the people of Odisha. From farmers to youth, railways to national highways, paddy procurement to rural housing, Telecom connectivity problems to Banking network problems, the BJP has been indulging in fake promises (Jumlas) and Cheating the people of Odisha. Dr. Patra said, that today we will share with you some of the fake promises of BJP and how the people of Padampur and Odisha have been cheated by the BJP.

As regards Padampur Railway Line, in 2018, Hon’ble Union Minister Shri. Dharmendra Pradhan tweeted and said that Padampur Railway line has been sanctioned. It’s been four years but not a single brick has been laid. Union Railways Minister Shri. Ashwini Vaishnaw said that give us land today, we will start the project tomorrow. But in 2019 his Ministry said in the letter that the project is not viable and should be shelved. Whom is the BJP trying to hoodwink and cheat ? The people of Padampur and Odisha?

CM Shri. Naveen Patnaik wanted to help the farmers of Odisha by providing Rs. 200 crores as input subsidy which the BJP led Centre then stopped by quietly calling up the Election Commission and getting it blocked under the pretext of the Model Code of Conduct in Padampur.

Unanimous resolution in Odisha Vidhan Sabha to increase MSP to Rs. 2930 but today the BJP is turning its face away from helping the farmers by fixing it at Rs. 2930 per quintal of paddy.
Centre stopped lifting surplus parboiled rice thereby causing unspeakable pain and anguish to lakhs of farmers in Padampur and Odisha.

For three years Odisha has been demanding rural houses for the poor, but the Centre has blocked it. These houses are mostly for the western and southern districts of Odisha, comprising mostly tribals.BJP has cheated Odisha in Railways where they took 1 lakh crore from Odisha in five years, but gave less than 25%.

Even today people have to climb down mountains and climb trees to get telecom network. Sambalpur to Cuttack highway is a living example of the neglect of national highways by Centre apart from many others. Odisha has one of the lowest banking presence in the entire country.

No banking facility in every GP of the State. The BJD said that they would be back soon with many more living examples of the BJP’s cheating the people of Padampur and Odisha. The BJD further affirmed that on 5th December, 2022 the people of Padampur will give befitting reply to the BJP for all these fake promises and cheating of the people of Odisha by the BJP. The Press meet was also addressed by BJD Panelists Shri. Tumbanath Panda and Smt. Swagatika Mohanty.