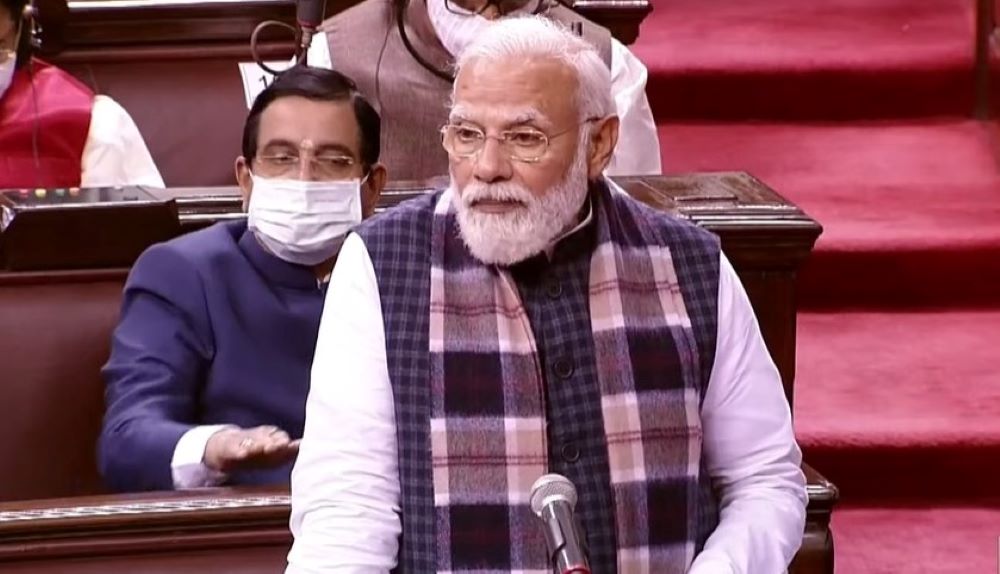 New Delhi: Prime Minister Narendra Modi has accused Congress of following the policy of divide and rule and said the grand old party has become the leader of ‘tukde tukde gang.’

Modi made the remarks in Lok Sabha while responding to the debate on the Motion of Thanks to President’s address. The Prime Minister charged the Opposition of triggering the migrant labourers in Mumbai to move to their native places, though lockdown was in force to keep them indoors.

He said, their movement contributed to mass spreading of the pandemic across many states. Modi also blamed the parties in Delhi of asking those labourers in the hutments to go back to their native villages, against the lockdown norms.

Prime Minister urged all the political leaders and the people to rising above party lines to resolve to make the country self- reliant. He asserted that India under the NDA rule is moving forward as the fastest developing economy in the world despite the COVID-19 pandemic.

Modi said, India is the biggest emerging economy. He listed out that India is attracting record Foreign Direct Investments. He said, India is now among the five topmost countries in generating renewable energy.

The Prime Minister said, when the world has been sceptical about India’s ability to face the COVID-19 pandemic, the country presented a model to the world in tackling the pandemic with its own vaccines.

Modi said, almost a hundred percent of the eligible population have got at least a single dose of the vaccine and 80 per cent have had both the doses.