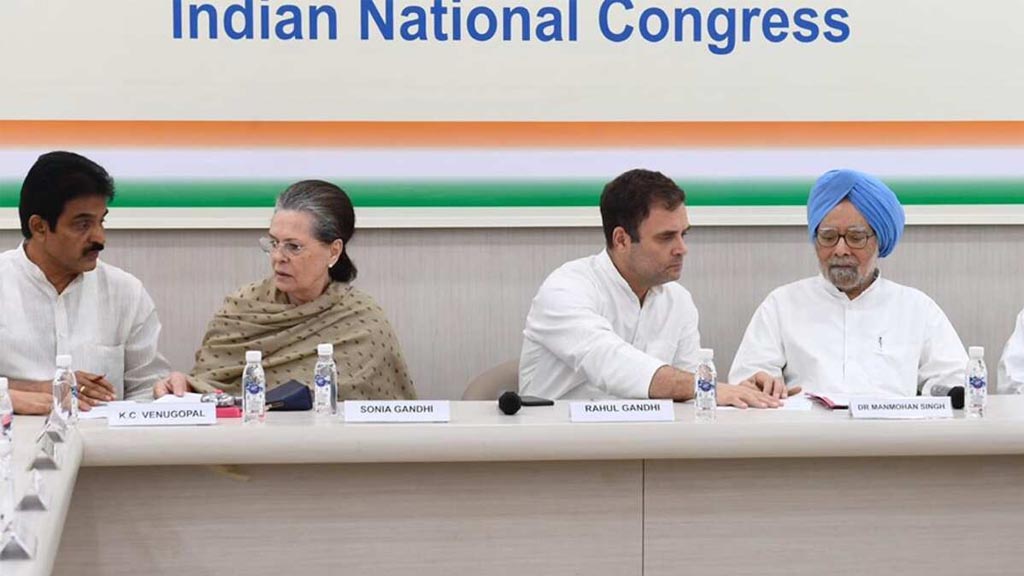 New Delhi, Feb 21 (IANS) Clamour is growing within the Congress for appointment of a full time President with several leaders claiming a “leadership crisis” within the party but the party has rejected the charges.

“I don’t think there is a ‘leadership crisis’. Sonia Gandhi is the party’s interim President and the decisions are being taken in party,” senior party leader Anand Sharma said.

He asserted that the Congress Working Committee, the party’s highest decision-making body, appointed Sonia Gandhi as interim chief in August last year and “it will take a call when the party feels like”.

Party sources said that Rahul Gandhi is likely to return as Congress President in April.

Meanwhile, a party leader said that the Delhi Assembly elections – where the party again failed to win even a single seat – should not be seen as a parameter for the Congress as the party has won many state elections after the Lok Sabha polls.

Many party leaders have been demanding the appointment of the new party President, including Shashi Tharoor.

“I renew my appeal to the CWC to hold leadership elections to energise workers and inspire voters,” he said.

Tharoor also advocated elections for the CWC which are not being held for many years with the Congress President appointing the members.

“Some have asked who should vote for what. I was referring to my earlier call — eight months ago — for elections among the 10,000 party workers who constitute the ‘AICC plus PCC delegates’ list. These should be for the elected seats in the CWC as well as for the party’s presidency,” he said.

Many Congress leaders have suggested that the party should look beyond the Gandhi family and move on as there is no dearth of leadership in the party.

But rejecting this, a party leader said: “The leader must be accepted from Mizoram to Porbandar and the party is considering all the factors… The leader has to be a homogeneous entity accepted to all.

“So nobody can guide us to choose our leader. It is the party which will decide who will lead us. And not somebody from outside.”

Maharashtra leader Sanjay Nirupam said: “It is an inane discussion. No one from outside the family can lead Congress at this juncture. Rahul Gandhi is the only leader who can lead the party and can save it. Other leaders are just group leaders… such leaders at the helm will encourage more groupism. Period!”

While the Congress has reacted sharply to Tharoor and other leaders’ statements, chief spokesperson Randeep Surjewala said: “Those who are talking of CWC should go and read the resolution which appointed Sonia Gandhi as interim head of the party.”