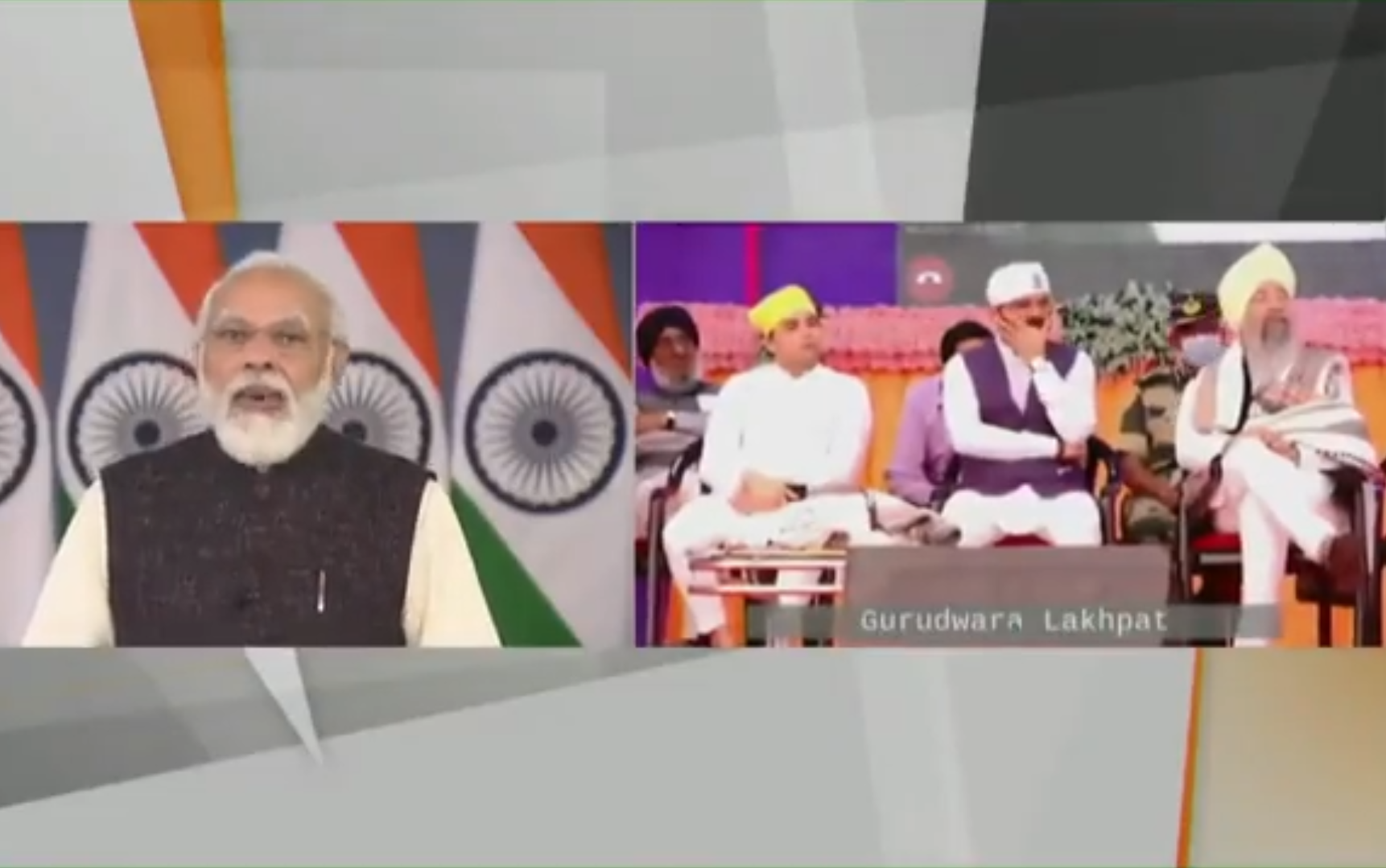 Addressing the Gurpurab celebrations of Guru Nanak Dev Ji at Gurudwara Lakhpat Sahib in Kutch, Gujarat through video conferencing, he said that Guru Tegh Bahadur’s courageous battle against Aurangzeb and his sacrifice teaches us how to fight against religious bigotry.

Similarly, the life of 10th Guru Guru Gobind Singh Sahib ji is also full of  examples of sacrifices. Mr. Modi said that Guru Teg Bahadur stood up firmly for humanity during his entire life, which highlights the soul of  India.

Mr. Modi said that our Guru’s contributions are not limited to the spiritual and society but they also demonstrate their thinking for the nation and their faith for national integration.

Mr. Modi said that Gujarat is feeling proud that Bhai Mokham Sinh- the fourth Guru Shikh of Panj Pyare- who had founded Khalsa Panth belonged to Gujarat.  He said that Gurudwara Betdwarka in Devbhoomi Dwarka district of Gujarat has been created in the memory of Bhai Mokham Singh.

Prime Minister Narendra Modi said that the grace of historic Gurudwara Lakhpat Sahib in Kutch of Gujarat is intact despite a series of natural calamities in the past.

He said that every year from 23rd December to 25th December, Sikh Sangat of Gujarat celebrates the Gurpurab of Guru Nanak Dev at the Lakhpat Sahib Gurudwara which is historically connected with Gurunanak Devji. Mr. Modi said that Guru Nanak Dev ji had stayed at Lakhpat during the course of his travels.

Gurudwara Lakhpat Sahib has his relics including wooden footwear and palkhi as well as manuscripts and markings scripts of Gurmukhi.

Prime Minister Narendra Modi said that the entire country is dreaming for Ek Bharat – Shreshtha Bharat and our aim is the emergence of a new India. He said that our priority is to serve the poor and marginalised people of the country.