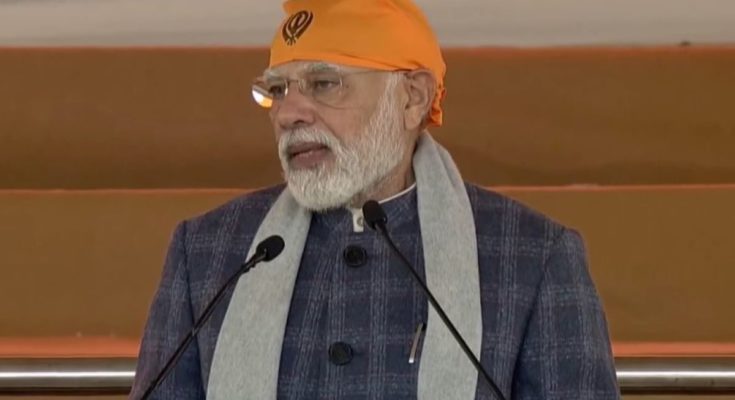 During the programme, the Prime Minister attended a Shabad Kirtan performed by about three hundred Baal Kirtanis. He will also flag off a march-past by about three thousand children on the occasion.

In a tweet this morning, the Prime Minister recalled the courage of the Sahibzades and Mata Gujri Ji. Mr Modi said, the country also remember the courage of Sri Guru Gobind Singh Ji.

The government is organising interactive and participative programmes all over the country to inform and educate the citizens, especially young children, about the story of exemplary courage of the Sahibzades.