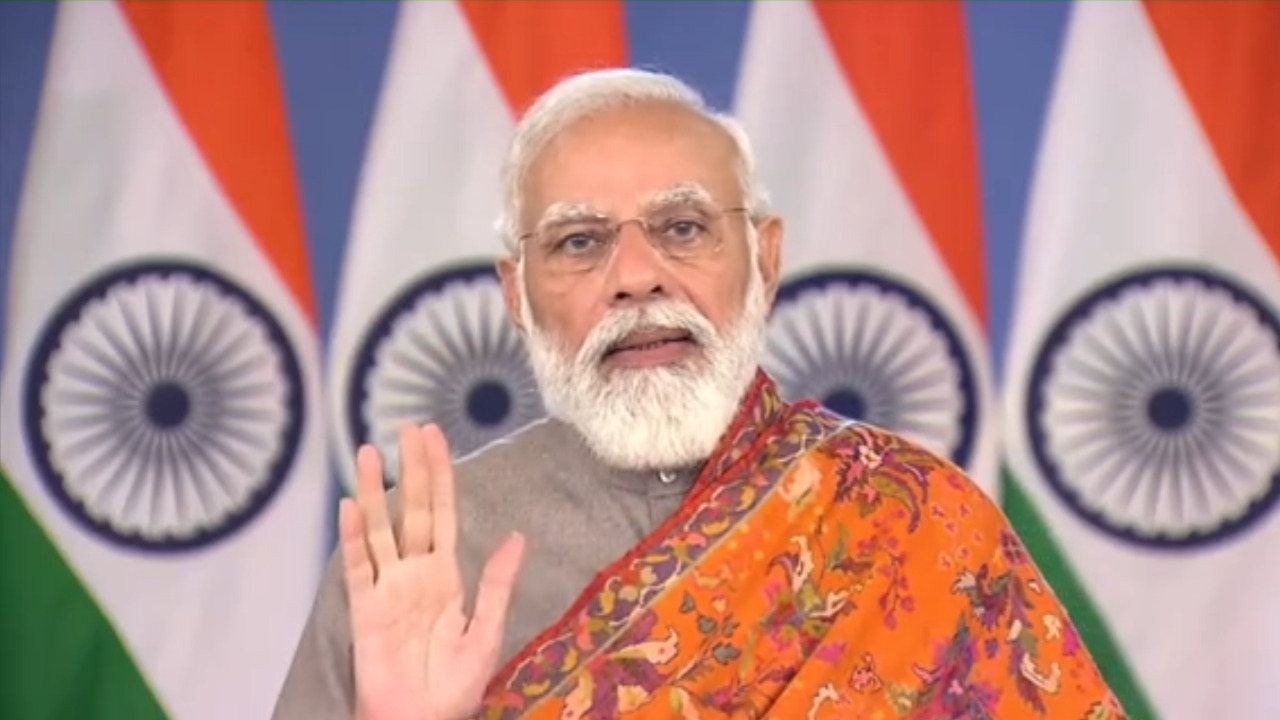 New Delhi: Prime Minister Narendra Modi today said that the Government has decided to repeal all three farm laws. Addressing the Nation this morning, Modi announced that the laws will be repealed in the upcoming Winter Session of Parliament. He said, the three laws were for farmers’ benefit but the Government couldn’t convince a section of farmers despite best efforts.

The Prime Minister said, the goal of three farm laws was to empower farmers, especially the small farmers. He appealed to protesting farmers to call off their agitation and return to their homes. Modi said, whatever he did, he did for farmers. He said, what he is doing, is for the country. The Prime Minister said, with the blessings of people, he never left out anything in his hard work. He assured everyone that he will now work even harder so that the dreams of the countrymen and the nation’s dreams can be realized.

The Prime Minister also announced an important initiative for the agriculture sector. He announced the formation of a committee to promote zero budgeting-based agriculture, to change crop patterns as per the changing needs of the country and to make MSP more effective and transparent. The Committee will have representatives of the central government, state governments, farmers, agricultural scientists and agricultural economists.

During his address, Modi highlighted his Government’s measures to benefit small farmers. He said, the agriculture budget has risen by five times and over 1.25 lakh crore rupees being spent annually. The Prime Minister said, he has experienced difficulties and challenges of farmers from very close quarters in his five decades of public life. He said, to ensure that farmers get the right amount for their hard work, many steps were taken.

Modi said, Government strengthened the rural infrastructure market. He said, Government not only increased MSP but also set up record procurement centers. He added that procurement by his Government broke the record of past several decades. The Prime Minister said, Government worked to provide farmers with seeds at reasonable rates and facilities like micro-irrigation, 22 crore soil health cards. He said, such factors have contributed to increased agriculture production.

Modi said, Government strengthened Fasal Bima Yojana and brought more farmers under it. He said, when he became Prime Minister in 2014, the Government prioritised farmers’ welfare and development. The Prime Minister said that four-prong measures of seeds, insurance, market and savings were taken to ameliorate the conditions of farmers. He said, along with good quality seeds, the government also connected the farmers with facilities like neem coated urea, soil health card and micro-irrigation.

Modi extended his greetings to all on the occasion of Dev Deepawali and Prakash Purab. He said, it is a matter of happiness that Kartarpur Corridor has been re-opened after a gap of one and half years.

Meanwhile, Samyukt Kisan Morcha (SKM) has welcomed the decision of repealing the three farm laws. In a statement, the kisan leaders said they will wait for the announcement to take effect through due parliamentary procedures.

SKM also said the agitation of farmers is not just for the repeal of the three laws, but also for a statutory guarantee of remunerative prices for all agricultural produce and for all farmers. The Morcha also demanded the withdrawal of the Electricity Amendment Bill.

Bharatiya Kisan Union leader Rakesh Tikait said the union will wait for the day when the farm laws will be scrapped in Parliament. He said the government should talk about other issues of farmers too, besides MSP.