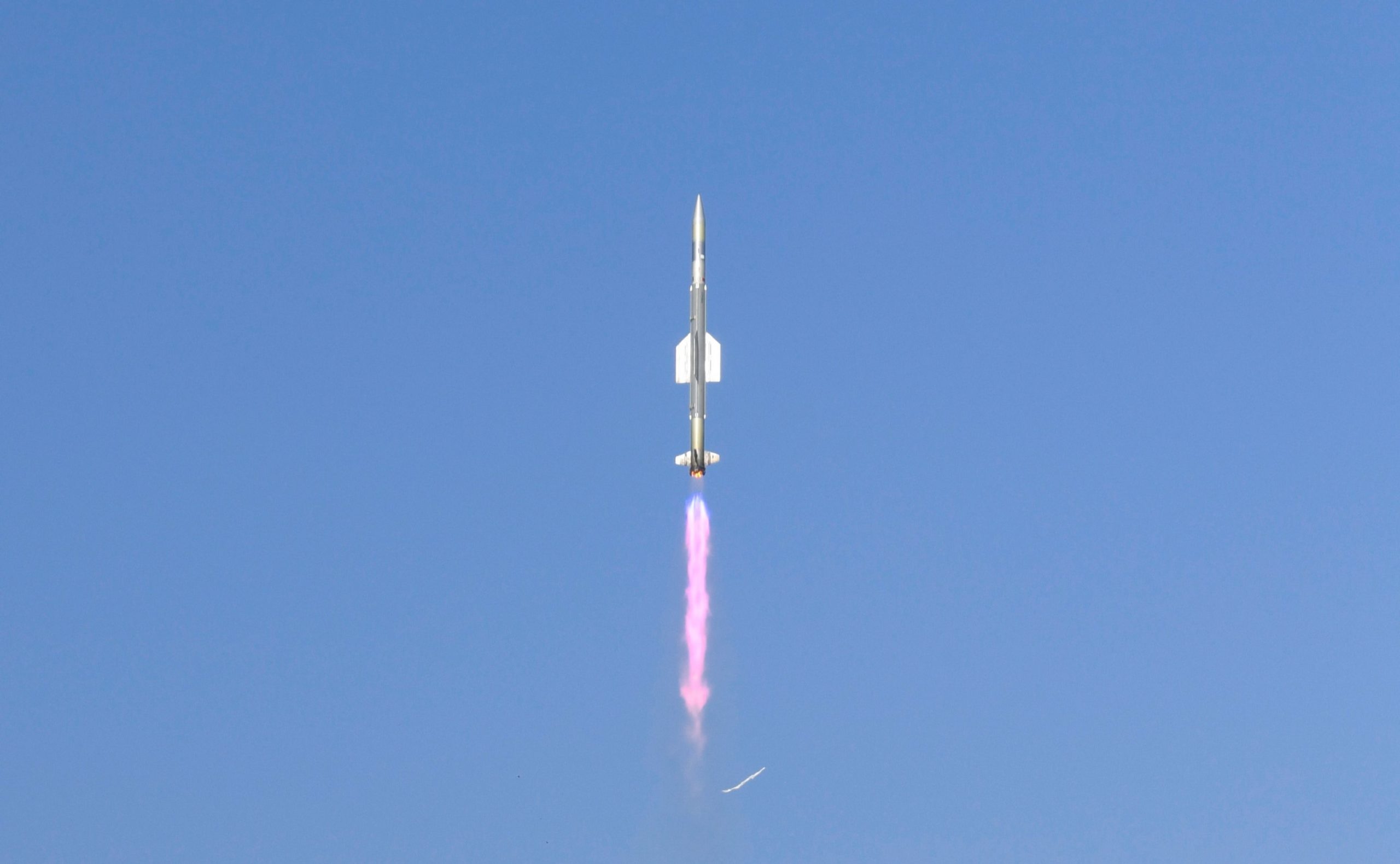 New Delhi: Vertical Launch Short Range Surface to Air Missile was successfully flight tested today by Defence Research & Development Organisation (DRDO) from Integrated Test Range, Chandipur, off the coast of Odisha. The launch was conducted from a vertical launcher against an electronic target at a very low altitude. The flight path of the vehicle along with health parameters were monitored using a number of tracking instruments deployed by ITR, Chandipur. All sub-systems performed as per expectation.

Today’s launch of the system was conducted to validate integrated operation of all weapon system components including the vertical launcher unit with controller, canisterised flight vehicle, weapon control system etc. required for future launches of the missile from Indian Naval Ships. The test launch was monitored by senior officials from DRDO & Indian Navy. The first trial was conducted on 22 February 2021 and this is confirmatory trial to prove the consistent performance of the configuration and integrated operation.

Secretary Department of Defence Research & Development & Chairman DRDO, Dr G Satheesh Reddy has complemented the teams involved in the successful flight test and said that this has paved the way for integration of weapon system onboard Indian Naval Ships.