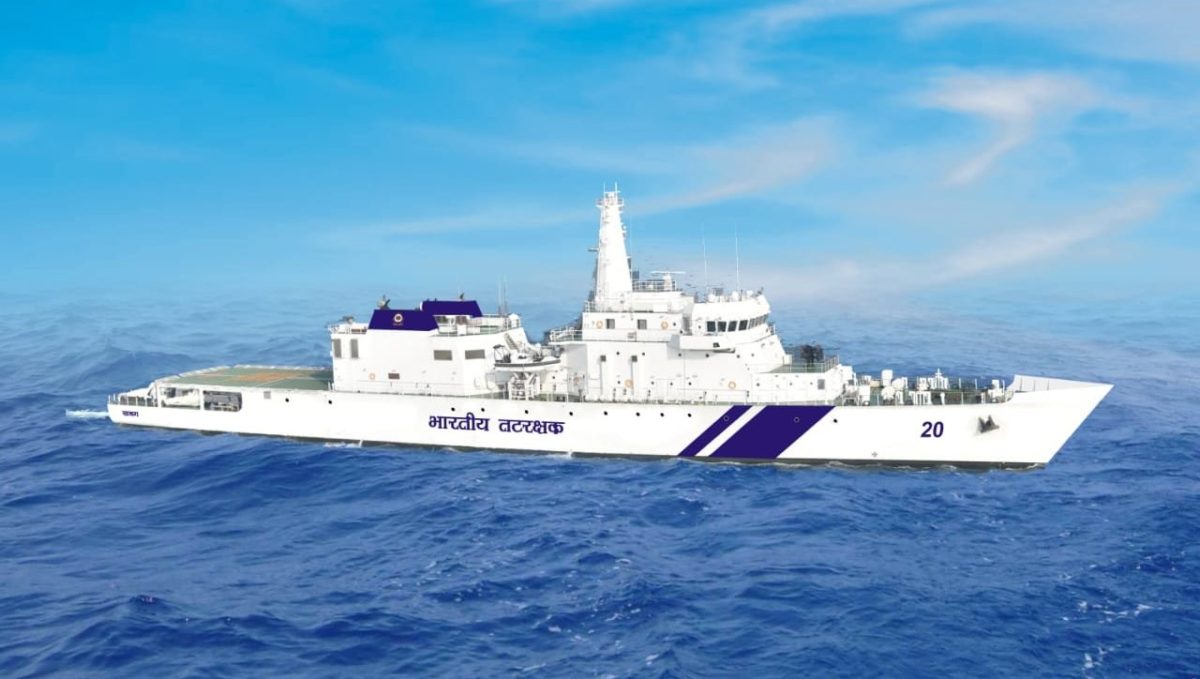 In his address, Shri Ajit Doval said the concept of forming ICG came into being post 1971 war, when it was assessed that maritime borders are equally vital as land borders. The blueprint for a multi-dimension Coast Guard was conceived by the visionary Rustamji Committee even as the United Nations Convention of the Laws of the Sea (UNCLOS) was being negotiated and India’s assets off Mumbai high were growing. The ICG, which was created through an Act of Parliament in 1978, has traversed a long journey in the last four decades.

Shri Ajit Doval commended Goa shipyard for indigenously developing ships for the Maritime Armed forces on time with state-of-the-art machinery and latest technology sensors and equipment that will enable ICG to undertake varied charter of duties within and beyond Indian Ocean Region (IOR).

ICG ships are being built within the country in various shipyards, including private yard in line with Government’s vision of ‘Make in India’. NSA was impressed to witness the ICG OPV Sajag, which was looking magnificent during the commissioning ceremony.

ICG is a multifarious force, undertaking concurrent operations and being the first responder for any developing situation at sea. Their personnel work in very diverse conditions and circumstances to safeguard the vast coastline. Shri Doval lauded Coast Guard for the support to Coastal populace as also to undertake diverse roles like rescue operations during cyclones, marine pollution response and anti-narco operations. He said Indian Coast Guard has contributed significantly towards Saving precious lives at sea in the recent disaster in Mumbai High.

Ajit Doval said ICG plays an important role for supporting the neighbouring countries in IoR. He added that this lean and visible service plays critical role in anti-smuggling and anti-narcotics, both nationally and internationally. The service has recently undertaken various pollution response, firefighting and interdiction operations beyond IoR, when called upon by littoral countries.

Director General K Natarajan briefed the NSA about the massive firefighting operation being undertaken by the Indian Coast Guard onboard a container vessel X-Press Pearl off Colombo. Looking at the onsite clips, Shri Doval praised the efforts of the service, showcasing its reach and professionalism.

Referring to ICG being the 4th largest in the world with almost 160 ships and 62 aircraft, he was pleased with the efforts of Ministry of Defence to make this maritime service as one of the premium Coast Guards of the world with 200 ships and 100 aircraft.

The National Security Advisor said the nation feels confident with Coast Guard safeguarding nearly 7500 kms of coastline. He added that the future will see a more complex security scenario and ICG will have greater responsibilities in years to come as India’s maritime zones expand to include entitlements in the Extended Continental Shelf.

In his concluding remarks, Doval commended the present leadership of Indian Coast Guard and the highly motivated Tatrakshaks. He was confident that the service will gear-up for any challenge that comes its way in safeguarding India’s maritime interests.