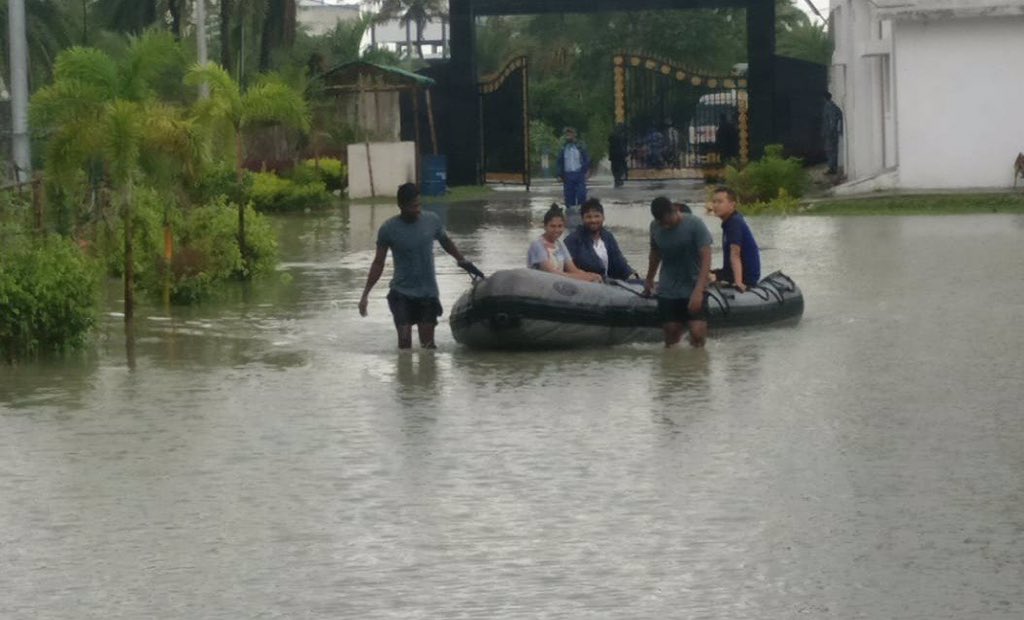 New Delhi, The Navy Disaster Relief Team was deployed on 27 May 21at Sadar block of Balasore district for carrying out relief activities in the area around Parikhi village which is worst affected due to water logging.

The HADR Naval team have set up and operationalised a Community Kitchen at the Multipurpose Cyclone Shelter of Parikhi Village, Sadar block. Meals were prepared and distributed at fisherman colonies of Budhigadiya, Nandachak, Boulbeni at Parikhi village for over 700 personnel. The community kitchen has been a big success and has provided much-needed succour to the affected people and they expressed gratitude for the timely service provided during the disaster.

Another Naval  Relief team is scheduled to proceed for Talasari (Northmost fishing village of Odisha) to distribute relief material in affected areas of Talasari, Bhograi, Chandramani and Inchundi villages on 28 May 21.

The team has also carried out tree cutting and clearance of certain roads at Balasore. Four naval ships with relief material have already reached Dhamra anchorage to provide relief to the people of the Bhadrak district.  The helicopters from the ships were launched to augment the efforts at Balasore district. They supplied 100 prepared food material packets and 300 dry provision packets to the relief team for distribution.