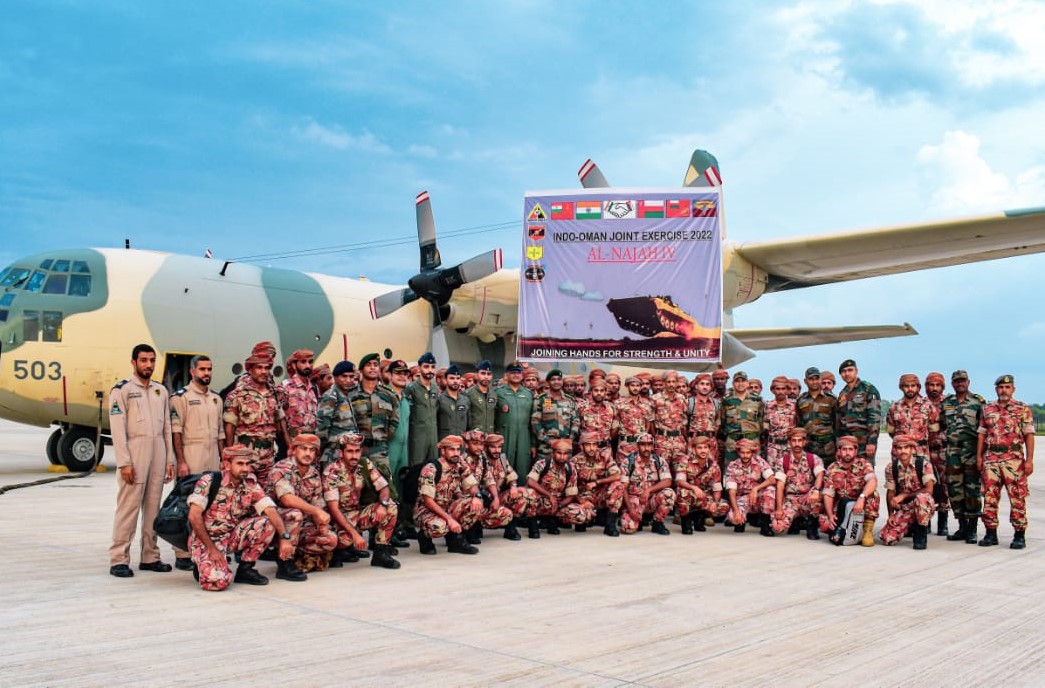 New Delhi: The joint military Exercise  AL NAJAH -IV between contingents of Indian Army  and the Royal Army of Oman is starting from today at the Foreign Training Node of Mahajan Field Firing Range in Bikaner, Rajasthan. It would conclude on August 13.

The Royal Army of Oman contingent comprising 60 personnel from the Sultan of Oman Parachute Regiment have allready arrived at the exercise location.

The Indian Army is represented by troops from the 18 Mechanised Infantry Battalion. The previous edition of Ex AL NAJAH IV was organised at Muscat from 12 to 25 March 2019.

Joint military exercise aims to enhance the level of defence co-operation between Indian Army and Royal Army of Oman and will further manifest in enhancing the bilateral relations between the two nations.