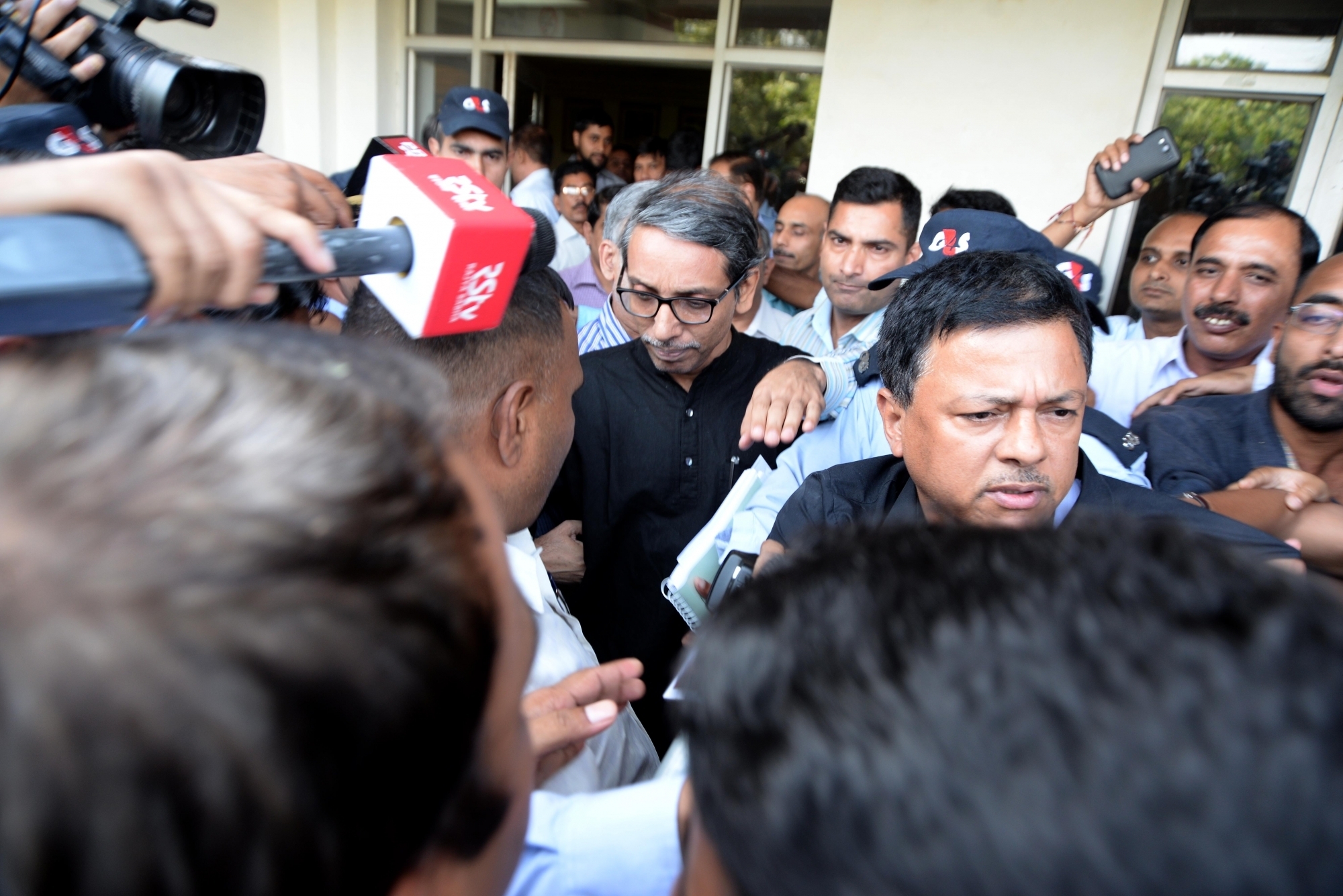 New Delhi: The JNU Students Union has called for the immediate removal of Jawaharlal Nehru University Vice Chancellor Mamidala Jagadesh Kumar and an inquiry into his activities. In a statement issued on Tuesday, JNUSU alleged that the “saffron nexus” of Akhil Bharatiya Vidyarthi Parishad and JNU administration stands exposed by the FIR filed by JNU authorities against 20 students who include the JNUSU President and General Secretary.

With conflicting accounts emerging over who is responsible for the violence, the JNUSU released its account of events that unfolded in the campus over the past two months. Stating that the students had been protesting peacefully for close to 70 days over the fee hike, the JNUSU claims that students were being targeted by ABVP activists, some right-wing teaching staff and campus security over the last four days.

Claiming that the university administration has silently watched over the events on campus, JNUSU also alleged that the FIR against the students is one more attempt to criminalise the democratic process and protect the ABVP activists.

The students are also blamed the police and Union Home Ministry accountable for the violent turn of events on the campus.JNU has been on the boil since Sunday when groups of masked miscreants intruded into the campus and assaulted students in Sabarmati hostel with sticks and metal rods. The Leftist students and ABVP members have been accusing each other for the violence.Police are investigating the matter.